Two new German supermarket businesses covering the top and bottom ends of the market are expected in Australia next year. 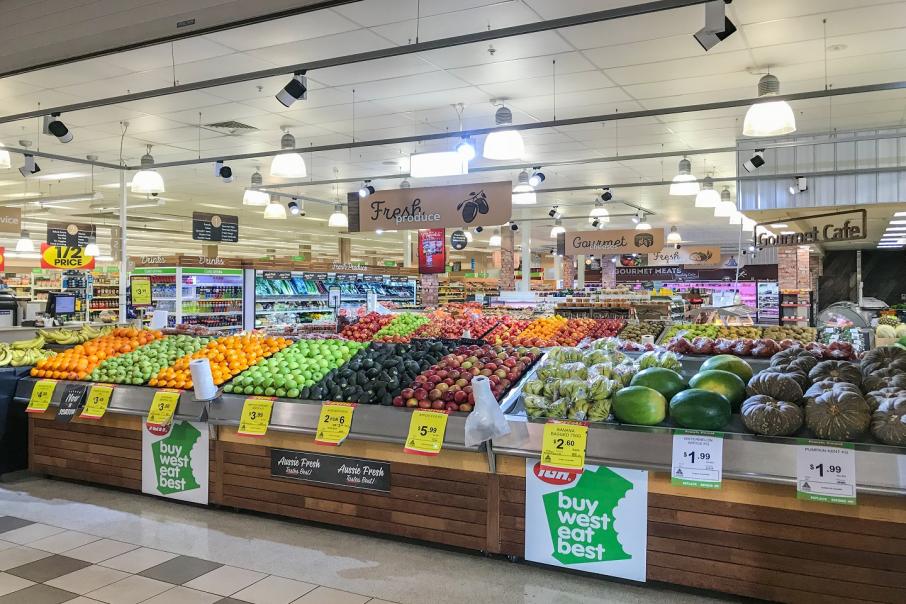 New competition from Lidl is unwelcome news for local retailers such as small IGA stores, which have already been affected by the arrival of Aldi. Photo: Gabriel Oliveira

The last thing Australian grocery retailers want to hear is that two new rivals are about to enter the market, particularly given the ongoing challenges facing the sector.

But that’s what’s on the way with the expected opening in Australia next year of the first Kaufland supermarket, followed by the German giant’s smaller cousin, Lidl.

Owned by the same parent company, Schwarz Gruppe, Kaufland and Lidl cover the top and bottom ends of the food market, potentially representing a threat to the profit margins of Australia’s big two – Coles and Woolworths.

While not widely discussed when it cut Coles loose last year, the rumoured entry of Kaufland is believed to have been a factor in Wesfarmers’ decision to offload its supermarket operation.

The latest research shows that Kaufland could be launched in less than 12 months, initially in other states but almost certainly into Western Australia at some time in the future.

Lidl, which always follows Kaufland into a new market, is less of a threat to the established Australian supermarkets, but will hit Aldi, another German food retailer, which is carving out a slice of the Australian market, largely at the expense of small IGA stores.

How the pecking order of food and general grocery retailing changes over the next few years is not the point of Kaufland entering the Australian market. The real message is that an already competitive market is about to get more so, which is good news for shoppers and challenging news for shopkeepers.

Investment bank Citi argued in a recent research report circulated to clients that Kaufland could be a disruptive influence in a market that has been behaving “rationally”, which is code for no excessive price discounting to win (or retain) market share.

Details of Kaufland’s store opening plans have not been released, but the German company has started construction of a centralised distribution centre in the outer Melbourne suburb of Merrifield.

The size of the distribution centre is a guide to Kaufland’s plans – it covers 28 hectares and has 110,000 square metres of storage space.

The first Kaufland supermarket is expected to be located in Adelaide, followed by Dandenong in outer Melbourne. A further seven sites have been earmarked, mainly in Victoria and South Australia, with one possible site at Burleigh Heads on Queensland’s Gold Coast.

However, the Melbourne distribution centre could eventually service up to 190 Kaufland stores across Australia, if the German giant is able to find enough sites for its version of a big supermarket called a hypermarket.

A floor space comparison is a guide to Kaufland, which has developed a business model based on a store footprint covering 4,100sqm, which is significantly larger than the average Coles or Woolworths supermarket (about 2,300sqm), and three times the size of the super-discounters Lidl and Aldi.

While Kaufland is scouring Australia for sites to justify the estimated $450 million being invested in the Melbourne distribution centre, another international retailer is winning market share with a completely different offering.

US-based Costco, which has already carved out a position in other states, expects to open its first WA outlet on a site near Perth Airport next year.

A feature of Costco is the size of its stores and the size of what it sells – everything is supersized. The average Costco store covers 13,300sqm (three times a Kaufland hypermarket), with customers earning their discounts by buying in bulk.

Citi said it was factoring in ‘sales-growth headwinds’ for both Coles and Woolworths as retail competition picked up.

“Clearly, the extent of pricing competition remains uncertain, however, we see the balance of risk to the downside as Kaufland’s traditional focus on private label and value is likely to result in elevated private label price competition,” the bank said.

“This is a marked shift from the current market conditions, where Woolworths, Coles and Aldi are increasing private label pricing.”

Media outlook
Competition in another industry – the news media – is also weighing on profits, with a recent analysis of Seven West Media pointing to tough times ahead.

Before the media group took full control of suburban publisher Community Newspaper Group last week, investment bank UBS retained Seven West as a stock worth buying after its share-price fall from $1.10 last August to latest sales at 51 cents, but the bank has reduced its target price for the stock from 60 cents to 55 cents.

Most of the UBS analysis of Seven West focuses on the Seven television network, but there is a breakdown of divisional pre-tax profits, including that of the group’s primary print-media business, WA Newspapers.

For the current year to June 30 UBS has downgraded its estimate of earnings before interest, tax, depreciation and amortisation (EBITDA) for WA Newspapers from an earlier forecast of $21 million to $18 million.

Next year, WAN’s EBITDA is expected to slide to $6 million, down on an earlier UBS forecast of $11 million, and in the 2021 financial year EBITDA could fall to $4 million (compared with an earlier bank forecast of $9 million).