The Australian Institute of Geoscientists has appealed to the federal government for the inclusion of the geoscientist profession on the list of jobs to which labour market testing applies under the 457 visa program. 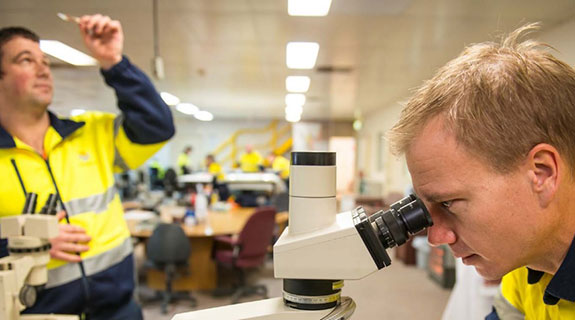 The Australian Institute of Geoscientists has appealed to the federal government for the inclusion of the geoscientist profession on the list of jobs to which labour market testing applies under the 457 visa program.

The AIG has written to Immigration Minister Peter Dutton requesting that geologists and geophysicists be included on the list, which already has mining and geosciences professionals such as mining and petroleum engineers and drillers.

“What we need and urgently is mandatory labour market testing for geoscientists under the temporary work visa program,” AIG president Wayne Spilsbury said.

“During the mining boom, Australian exploration and mining companies benefited from an ability to sponsor overseas trained and experienced geoscientists to work in Australia under the temporary work visa program.

“The need for this now, however, at a time of dramatically reduced opportunities for geoscientists who are Australian citizens and permanent residents, must be questioned.”

He said the institute was concerned by the increasing frustrations experienced amongst AIG members when they encountered continued sponsorship of overseas geoscientists under the 457 visa protocols.

“However, under current deteriorating conditions in the resources sector, we do call on the federal government to add geoscientists to the list of professions that are not exempt from LMT under the program.

“The AIG proposes that adding geoscientists to the non-exempt list for LMT would enhance the intent of the 457 visa program by enabling companies to sponsor 457 visa applicants, but only after exhausting opportunities to employ a suitably qualified and experienced geoscientist who is already an Australian citizen or permanent resident.”

A recent survey conducted by the AIG found that over 75 per cent of Australia’s geoscientists work in the exploration and mining sectors, and are currently experiencing a national unemployment rate exceeding 15 per cent.