Employment prospects for geoscientists in Australia deteriorated in the last quarter of 2015, with unemployment in the sector reaching a record high. 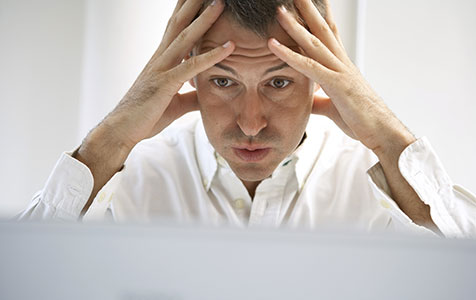 Less than half of self-employed geoscientists were able to secure more than a quarter of their desired workload in the December quarter.

Employment prospects for geoscientists in Australia deteriorated in the last quarter of 2015, with unemployment in the sector reaching a record high.

The unemployment rate among geoscientists in Australia was 18.7 per cent at the end of December, while the under-employment rate was 23.4 per cent, according to the latest quarterly survey by the Australian Institute of Geoscientists.

About 800 geoscientists participated in the survey.

The combined unemployment and under-employment rate of 42.1 per cent was the highest recorded since the survey began in 2009.

Less than half of self-employed geoscientists were able to secure more than a quarter of their desired workload, pointing to a real unemployment rate of 31.1 per cent, AIG said in its report, which was also the highest rate recorded by the surveys conducted to date and was more than 10 per cent higher than at the peak of the 2009 GFC.

In Western Australia, unemployment reached 16 per cent while underemployment hit 19 per cent, to give a combined total of 35 per cent.

“Well over 40 per cent of unemployed and underemployed geoscientists have been out of work, or unable to secure their desired level of work for more than 12 months, pointing to a growing pool of long-term unemployed in Australian geoscience,” AIG said.

“Almost 70 per cent were not confident of regaining employment within the next 12 months and more than one in 20 indicated that they were turning their backs on their chosen profession.”

About 36 per cent of those surveyed expressed confidence in keeping their jobs for the next year, while 17 per cent were not confident they would retain their employment beyond the first quarter of 2016.

The fields in which geoscientists are employed also had an impact, with mineral exploration the most affected.

Groundwater development and management experienced an upswing, however the majority of the upward change involved changes such as reluctant early retirement, living on savings or superannuation, becoming a stay-at-home parent, or leaving Australia to pursue overseas opportunities.

“Discoveries do not turn into mines overnight. We’re not exploring now and the industry cannot be switched back on overnight, so we’re facing a real prospect into the latter half of the next decade of reduced development of new projects to support Australia’s economy and standard of living,” he said.

“We do applaud the federal government’s recent Exploration Development Incentive program, a creative use of tax deductions to stimulate increased investment in mineral exploration in Australia.

“However, much of these funds will be spent in the long and non-productive process of securing access to land.”

Mr Spilsbury said the situation in mineral and energy resource exploration was particularly troubling as the prolonged downturn in the sector was damaging Australia’s project development pipeline.

“When we talk about a geologist or geophysicist being unemployed in the exploration sector, we’re also talking about three or four other Australians not having an ancillary job,” he said.

“We also cannot escape the fact that minerals are essential to our daily life, from generation of electricity by any means, to providing raw materials used to ensure our future economic and social wellbeing.

“We are renowned innovators whose skills are not being used to the benefit of Australia as a whole.”