Georgiou Capital has been appointed to develop the first apartment complex at LandCorp’s Claremont on the Park. 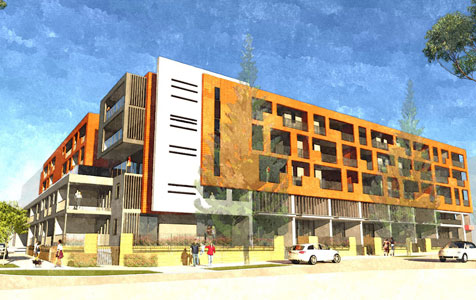 Georgiou Capital has been appointed to develop the first apartment complex at LandCorp’s Claremont on the Park.

The state government announced today that LandCorp would work with the developer and the Town of Claremont to deliver more than 70 apartments on the northern end of Claremont Oval.

Lands Minister Brendon Grylls said the project would build on existing amenities in the area and deliver more housing and retail options.

“The proposed design complements the Claremont Oval precinct, taking full advantage of the view and providing easy access from the apartments straight down to the oval,” Mr Grylls said in a statement.

LandCorp metropolitan general manager Luke Willcock said there had been a high level of interest in Claremont on the Park, which ultimately would provide housing for about 1,000 people.

“We are strategically developing communities, such as Claremont on the Park, around centres of activity and transport corridors to support population growth and help address urban sprawl in metro Perth,” he said.

Pre-development earthworks at the northern and eastern areas surrounding the oval are complete.