Gold and copper miner Geopacific Resources has launched a $23 million capital raising to fund an exploration program at its Kou Sa project in Cambodia. 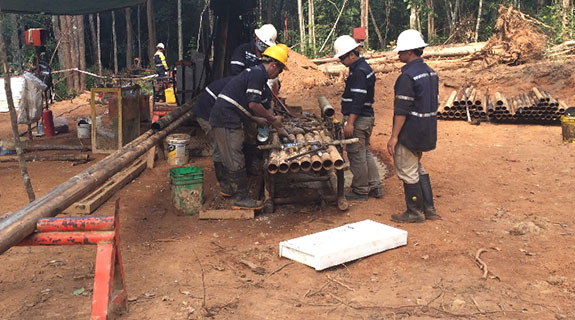 Gold and copper miner Geopacific Resources has launched a $23 million capital raising to fund an exploration program at its Kou Sa project in Cambodia.

Geopacific will raise the funds by way of a placement of 150 million shares at 6 cents each to raise $9 million, with firm commitments received by funding groups Resource Capital Funds (RCF) and Tembo Capital Mining.

It will also undertake a rights issue, offering eligible shareholders 10 new share for every 21 held in the business at 5.5 cent each, to raise up to $14 million.

Geopacific has engaged Blue Ocean Equities to act as underwriter and lead manager, with RCF and Tembo proposed to act as sub-underwriters, to the rights issue.

The company plans to use the funds to advance an immediate exploration program at its Kou Sa copper-gold project in Cambodia, including an aggressive multi-rig drilling program and two vendor payments, with the funds raised expected to cover costs for the next 12 months.

Once the placement is completed, RCF will retain its 35.9 per cent interest in Geopacific, while Tembo will have acquired a 17.9 per cent stake.

“RCF continues to be a strong supporter of Geopacific and to have a second private equity fund group, in Tembo, investing in the company is a positive endorsement of Geopacific’s potential,” managing director Ron Heeks said.

“The funds raised will allow Geopacific to meet its next two obligations to the Kou Sa project vendors and with continued exploration success, we expect to have a completed scoping study next year.”