Gender shift starts at the top 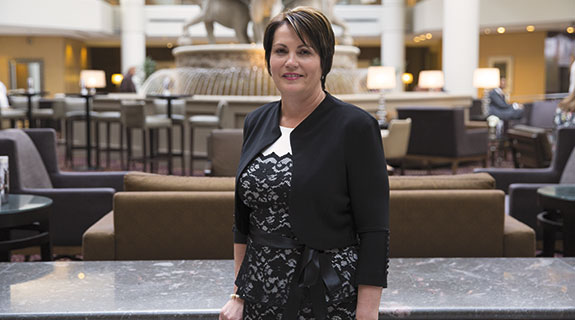 At 25.3 per cent, WA’s gender pay gap is the largest in Australia, and is one of four main barriers to women joining boards, according to a new report.

THE experience gained by female members of not-for-profit boards has been identified as a critical element in efforts to improve the low number of women on corporate boards in Western Australia, according to a recent study.

Released last week by the Committee for Perth, the ‘Filling the Pool’ report, which drew on interviews with 173 business men and women, primarily from WA, found four main barriers to more women joining corporate boards, staying in work and progressing to executive levels.

The report, based on almost three years of research and consultation, makes more than 30 recommendations, laid out in a “holistic roadmap”.

Key to tackling greater uptake of women on boards in Perth, according to those surveyed for the report, was understanding effective self-promotion and networking, which many women claimed they had learned by serving on the boards of NFPs.

However, the report also found maintaining meaningful networks through NFP board connections did not necessarily open doors for women who wanted to move into the for-profit sector.

The major barriers to achieving gender equity in Perth were: a male-dominated culture derived from a historical reliance on mining, energy and construction; a lack of women progressing through these often lucrative career sectors; limited access to childcare and flexible work practices; and the largest pay gap in Australia (25.3 per cent).

Reforming WA’s ‘blokey’ business culture relied on contributions from government (addressing the cost and availability of childcare places and out of school care), organisations (bringing in ‘targets with teeth’, driven from the top down), and women (building self confidence and bringing men into the conversation).

Ms Fulker said without immediate action to seize the economic and social opportunities offered by increasing female participation and progression in the workforce, change would be glacial.

“The report basically says it’s going to take us 300 years to get to gender parity ... so something has to change around here,” she said.

The report was majority funded by Shell, and its general manager Crux project, Michael Schoch, called on Perth’s business community to step up.

“The report reminds me of the tight, engaged entrepreneurial business culture that we have here in Perth,” Mr Schoch said.

“Sometimes that’s a weakness but other times (it’s) a great strength.

“If the most influential men in Perth were to adopt and implement the recommendations in this report to prosecute the actions outlined in the roadmap, the unshakeable truth is effectively profound and would be felt immediately.”