Gearing up for a credit crunch 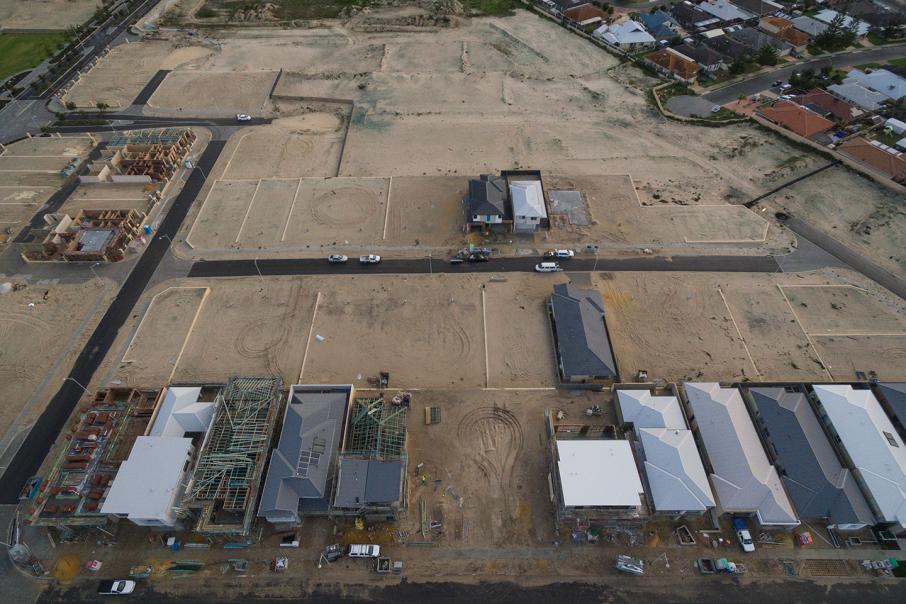 Perth home prices ‘outperformed’ those of Sydney and Melbourne during the past year, in that they didn’t fall as much. Photo: Gabriel Oliveira

Bank bashing is an Australian pastime that rivals the popularity of football and cricket, but it’s also a game with potentially serious consequences, as anyone with modest savings will discover when they apply for a housing loan.

A credit squeeze of the like not seen since the 1970s is descending on Australia. And while much of the blame for its onset rests with the banks and their appalling treatment of some customers, the witch-hunt for culprits could create a more widespread problem.

Tougher regulations and beefed-up scrutiny of banks by government is what people want today, but that view is very much in the category of ‘be careful what you wish for’, because if there’s one thing guaranteed to cut bank lending it’s increased government controls.

That there is some form of punishment required for the way the banks behaved, as exposed by the Hayne Royal Commission, is beyond doubt. But if the punishment does not fit the crime then the consequences will make a distasteful situation much worse.

First flush of a genuine banking crisis can be seen in substantial property price falls in Sydney and Melbourne during the past few months. While a decline might be overdue after the boom in those cities and a fall makes housing more affordable, it also makes people feel poorer and loans harder to get – and even if they can secure finance, they’ll be whacked by rising interest rates.

The extent of the price correction flowing through the eastern states can be seen in the latest home values index compiled by CoreLogic, which shows Sydney residential values down 7.8 per cent over the past 12 months and Melbourne down 5.16 per cent.

Even Perth prices, which have been falling for five years, were down 4.08 per cent over that period. Perversely, this means home values in Perth are outperforming Sydney and Melbourne by not falling as far.

The next few months are shaping as critical for Australia on a number of levels, not least because a change of government seems certain as the current administration rivals the banks for poor decision-making.

But with a change in Canberra will come revised tax treatment of debt with the removal of negative gearing, a tax break enjoyed by investors in property who can offset a shortfall in rent against other income.

Politically popular with one side of politics, negative gearing is unpopular with people who can’t afford an investment property.

If, more so than when, negative gearing is reined in there is likely to be another drop in property values, which will cause the banks to tighten even further, compounding the slide in values as potential buyers find it even harder to get a loan.

Banks, which have been protected as if they were an endangered species by governments of all political leanings for the past 40 years, now find themselves in the eye of a legal and financial storm and are battening down the hatches.

The problems caused by banks restricting credit are profound. While younger readers may have no idea what it means, anyone over 50 can remember a time when it was pointless to apply for a loan to buy a home or start a business because funds were simply not available, or only available to rich people who didn’t need a loan in the first place.

For average potential loan applicants – the same people who are likely to be welcoming a government-led crackdown on the banks – the developing credit squeeze will come as a bitter pill because the banks they hate are the same banks they need.

What’s happening with the banks could hardly come at a worse time for Australia because the international trade outlook is arguably worse than the local property market, with neither the US nor China showing any sign of blinking in their trade standoff.

If anything, the situation worsened after the APEC conference in Papua New Guinea in mid November.

Falling prices for oil and copper (two bellwether commodities in that they point to future economic activity) are a particularly worrying development, which is likely to flow into reduced manufacturing activity and demand for Australia’s commodity exports.

As has been said in this column several times over the past six months, next year is shaping as a tough time, especially if the China-US situation worsens, interest rates continue to rise and a new government in Canberra makes life too tough for the banks.