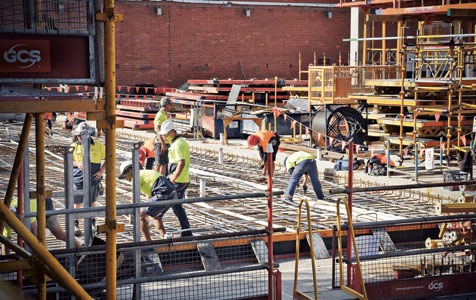 Creditors for collapsed Perth building firm Gavin Construction are owed around $20 million, according to the company’s administrator.

Mr Williamson said there was no deed of company arrangement in place and Gavin would now proceed to go into liquidation.

Gavin announced it was closing its doors last week, having traded in Perth as a family-owned business for 44 years.

Mr Williamson confirmed Gavin was owed more than $2 million as a result of the collapse of Perth-based client MCM Linen but said this was just one of several contributing factors behind Gavin’s financial difficulties.

MCM awarded Gavin a $5.4 million contract to build a state-of-the-art laundry in Karratha but reportedly failed to win clients and fell into administration in December.

Around a dozen construction projects, including a $40 million health centre and library in Cockburn, are believed to have been in progress at the time of the Gavin closure, leading to the loss of about 35 jobs.

The City of Cockburn said it had exercised a “step-in” clause in its contract with Gavin, allowing it to take control of the facility and seek an alternative builder for its completion.

“The City’s actions have ensured that we retain direct control over the building project, which is around 70 per cent complete,” City of Cockburn chief executive Stephen Cain said.

Other projects yet to be completed include an $8 million three storey commercial building at the corner of Hay and Havelock Streets in West Perth for developers Castelli Group.

A liquidator will now be appointed to investigate the company and recover assets, a process which could take up to six months.