Local explorer Gascoyne Resources has tapped investors for a $15 million capital raising to fund ongoing work at two of its gold projects in Western Australia. 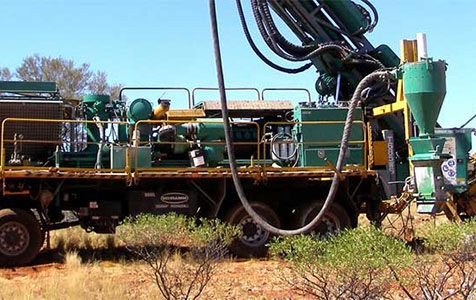 Gascoyne Resources is searching for gold in both the Murchison and Gascoyne regions of WA.

Local explorer Gascoyne Resources has tapped investors for a $15 million capital raising to fund ongoing work at two of its gold projects in Western Australia.

Gascoyne raised the funds through the placement of 45.5 million shares in two tranches at 33 cents each.

The proceeds of the raising will be used to pursue exploration activities at both its Dalgaranga project in the Murchison region and its Glenburgh project in the Gascoyne region.

“In addition to ongoing drilling and other exploration activities, the company will be fully funded t o complete the final feasibility study in respect of the Dalgaranga project,” Gascoyne said in a statement.

“The funds will also provide the company with the financial flexibility to secure certain long lead items required to accelerate development of Dalgaranga, if the company’s feasibility assessments support early expenditure on certain capital items.

“This flexibility provides the company with potential to achieve first gold production sooner than would otherwise be possible.”

A pre-feasibility study on Gascoyne’s Dalgaranga project released late last month confirmed a $75 million cost to bring it into production.

Gascoyne managing director Michael Dunbar said following the raising, the company was now in the strongest position it has ever been to expand its exploration efforts.

“The overwhelming demand for the placement from a large number of well-respected institutional investors provides a strong endorsement of the quality of our portfolio,” he said.

Hartleys acted as lead manager to the placement.

Gascoyne shares were 12.8 per cent higher to 44 cents each at the close.