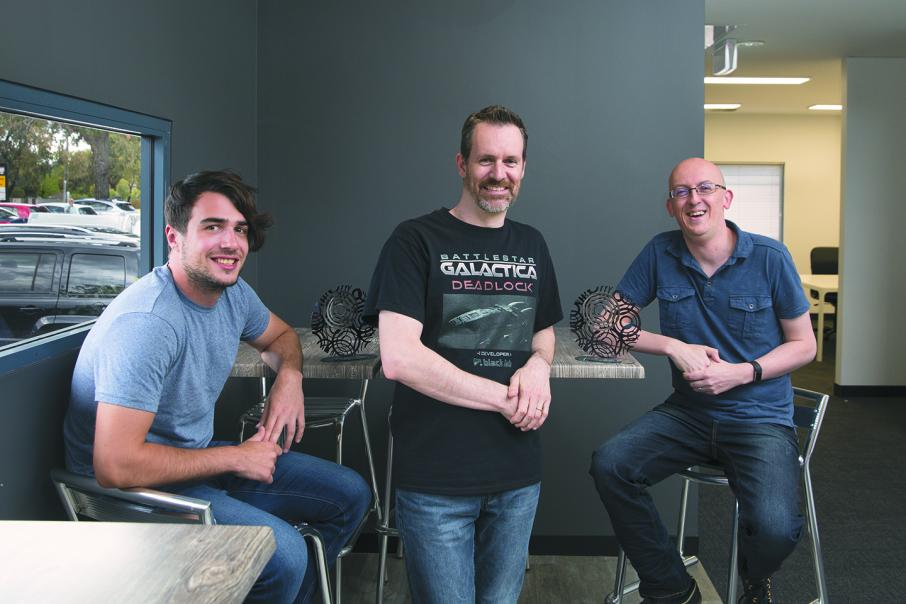 Blacklab Games’ ‘Battlestar Galactica: Deadlock’ and Jacob Janerka’s ‘Paradigm’ were among the top 13 games chosen from a shortlist of 34 from around Australia as winners of the 2017 Game Development Awards.

Both games have also received international attention. ‘Battlestar Galactica: Deadlock’ has the backing of a global television franchise, while ‘Paradigm’ was featured on Pewdiepie’s Youtube channel – which is essentially the Oprah’s Book Club for independent video games. At the time of writing, the video featuring ‘Paradigm’ had nearly 9 million views.

“It’s been years since we’ve seen this kind of success out of Perth,” he said.

“It’s also clear that those who are staying in Perth are in it to win it – literally and figuratively,” he added, in reference to WA’s brain drain of talent moving interstate.

This win is yet another sign of the maturation of the WA games scene, which now makes up about 7 per cent of the total Australian games industry; and it means WA game developers are really starting to tap into the massive national and international markets.

An Interactive Games & Entertainment Association from 2016 reported that the Australian games industry is worth just shy of $A115 million. Globally, the industry will be worth $US108.9 billion by the end of this year, according to a Newzoo report from April.

But this maturation is potentially precarious.

“Perth has gone through a flurry of activity over the past few years,” Mr Esler told Business News.

“It’s also been caught in something of a liminal state, anchored by the passion of the local community but almost completely unsupported by government and screen agencies, especially of late since the closure of FTI.”

The Film & Television Institute WA closed down in June due to repeated cuts at federal and state levels, taking with it the state’s only games support program.

The continued challenge for the WA industry is lack of government support, through grants and via support organisations such as FTI – in other words, the kind of support that has been the key to Victoria’s massive success (that state produces 50 per cent of Australia’s games).

According to ‘Paradigm’ developer Jacob Janerka, all the locals he spoke to in Melbourne indicated that they received support to launch their games from Film Victoria.

“If we had the funding, it would be incredible,” he said.

“They get the funding, their game gets traction and then they can keep making games under their own steam. Why don’t we have that in WA? We need it.”

Mr Esler agrees, suggesting the sector in WA was at a critical juncture.

“With several WA studios and individuals on the verge of being truly successful and only a few longstanding outfits, it’s difficult for the sector to progress without clear financial support,” Mr Esler told Business News.

Having been closely involved in the space in Victoria for a number of years, Mr Esler has some words of advice.

“The challenge for the new Labor government will be to administer these programs in ways that are truly supportive and understanding of the industry, and by asking the help and expertise of the local studios that will most benefit from that funding,” he said.

On a municipal level, this is already starting to happen. Playup Perth*, a games industry event series running since 2013, was recently awarded funding from the City of Perth to administer a pilot microgrant program.

The program will provide two $500 grants and one $1,000 grant to games and creative innovations that have been featured at Playup Perth.

The recipients of this pilot will be announced at the end of year Playup Perth event on December 15.

* The author is the operator of this event.