Games and associated technologies are increasingly finding a place in retail and public spaces, as the boundaries between play and work fall away. 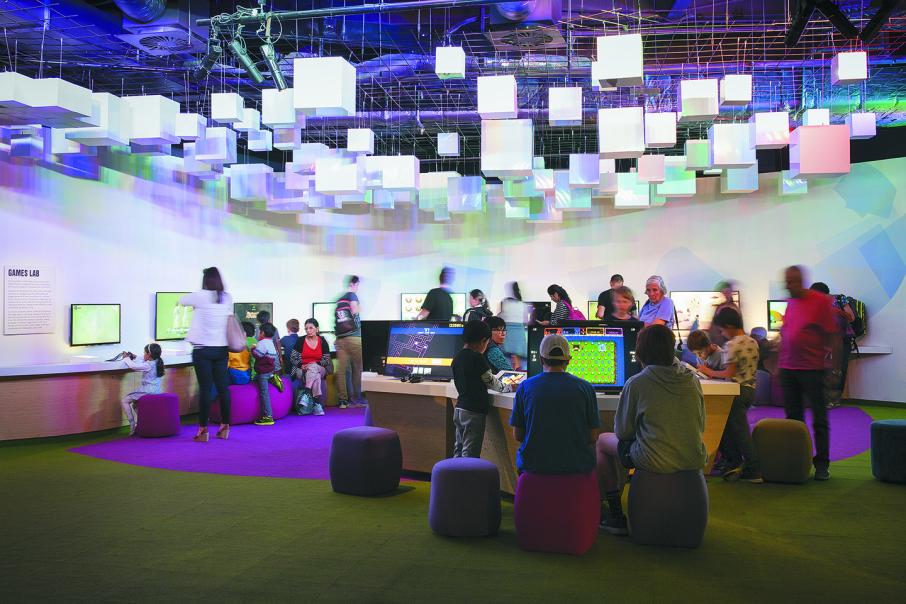 Games and associated technologies are increasingly finding a place in retail and public spaces, as the boundaries between play and work fall away.

Understanding games and the culture around them is becoming critical for organisations wishing to better understand and engage their customers and stakeholders.

Those who have grown up playing games expect to be engaged in more interactive and playful ways.

Ben Archer, a PhD candidate studying indie game communities, says while the boundary between play and work has been very solid from a historical perspective, it has become more porous.

This trend is increasing as games and the people who play them are becoming a dominant force.

Video games entered popular culture in the early to mid-1980s. This makes what I term ‘video game natives’ roughly 40 years or younger.

With the median age of all Australians being 37 in 2017 according to the Australian Bureau of Statistics, the number of people growing up with games as popular culture is becoming the majority.

The media form of our time

Games have become unquestionably mainstream, and indeed the media form of our era.

And the numbers reflect this. The games industry is worth more than the film and music sectors combined. In fact, the highest grossing entertainment property of all time was a video game (Grand Theft Auto V, at $US6 billion since its release). With statistics like that, its perhaps not surprising that women now comprise half of all gamers.

And it’s not just video games, but games of all kinds that are now available to everyone.

“New games are being created and pushed to market at an explosive rate. Now you can play 100 new video games a year … and board games … and poker … and cricket,” Mr Archer told Business News.

But the magnitude of this really hit home to me when I was asked to speak about games’ importance at the National Film and Sound Archive’s (NFSA) annual conference, Digital Directions, in Canberra. This comes on the tail of the organisation deciding that it will begin archiving games along with more traditional media forms, and has made games a key part of its new strategic vision.

What all this calls for is new ways of engaging with customers and stakeholders.

Play as an interface

On my way back from Canberra I stopped in Melbourne to visit ACMI, Australia’s national museum of film, TV, video games and digital culture in Federation Square.

The internal manifesto is loud and clear: “Video games are an important part of contemporary media and art as well as leisure pursuits and modern consumer culture.”

While I was there, ACMI chief experience officer Seb Chan gave me a tour of the new exhibit, Wonderland. Wonderland is not an exhibit about games, but about the Lewis Carroll story that has been told across a number of different media forms. Yet it is clear that the exhibit is highly informed by game culture.

Almost everything is interactive and playful. Indeed, play is used as an interface between visitors and the artefacts. At the beginning I was given a map with instructions on how to play. The map also contained an embedded near-field communication (NFC) chip that activated different experiences throughout the exhibit. There’s even a secret game within the exhibit for visitors to discover if they look closely enough. At the end of the visit, I was able to continue my experience online through a special key on my map.

The rise of game culture calls us to meet people where they are at, engaging them in the way they expect, with and through play and interactivity. ACMI’s game-based Wonderland exhibit provides inspiration for ways in which businesses can engage with consumers aged under 35.

Consider the use of play in retail spaces (see also experiential retail, which is also a thing), or playful chatbots who engage website visitors through humour and quirkiness, or getting more people to take the stairs in train stations by turning them into giant piano keys (this was trialled in Sweden, and it worked).

And as a bonus, a more playful world might also be a better one.

“When people are in a state of play, the general rules of society are suspended. It lets us break free of some of the constraints put on us by society,” Mr Archer said.

He believes this is why we see social change sometimes beginning in unusual places, like African Americans breaking down barriers through baseball in the 1950s, or indigenous Australians through the AFL.

“Play allows people to see the world in a different way,” he said.