A new $62 million research centre at UWA plans to advance solutions for the management, sustainability and conservation of marine resources via tie-ups between scientists and industry. 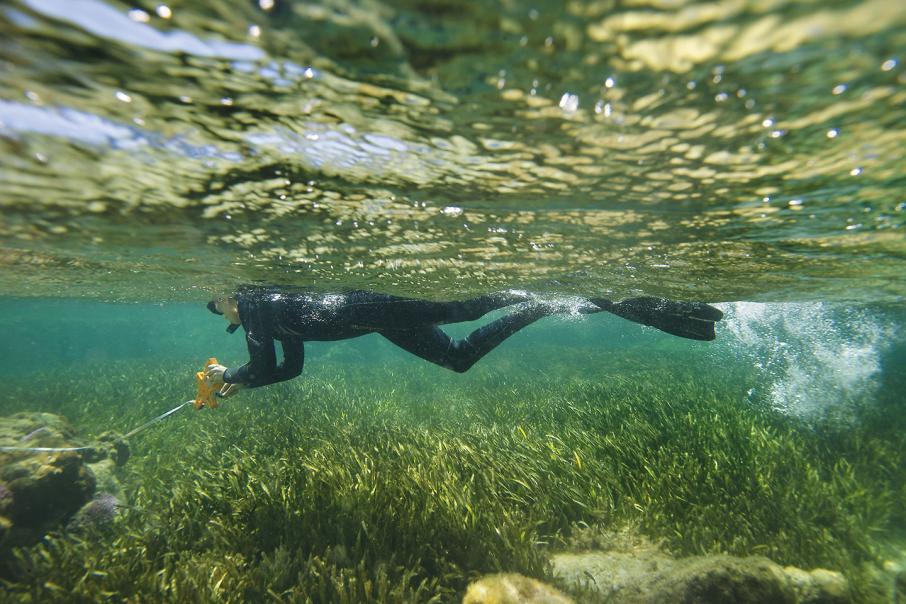 Food security, sustainable fisheries, tourism, artificial reefs and the decommissioning of offshore infrastructure are among the issues driving a range of research projects housed at the new Indian Ocean Marine Research Centre (IOMRC) at UWA.

The $62 million, six-storey IOMRC facility opened earlier this month and has brought together more than 300 marine scientists across a variety of disciplines.

The federal government contributed $34 million to the facility through the Education Investment Fund, with the remainder of funds made possible through a joint partnership between UWA, The Australian Institute of Marine Science (AIMS), CSIRO and the WA Department of Primary Industries and Regional Development.

“The opportunity this building creates is an environment and a research culture in which we can really start to think laterally about how we can address challenges,” Professor Techera told Business News.

“It’s a game changer in the way oceans and marine research is undertaken in Australia; ordinarily CSIRO, AIMS and UWA would have separate locations.

“What we’ve built is a research precinct that brings together some of the top researchers in specific fields and from organisations to collaborate more.”

Speaking at the IOMRC opening, UWA vice-chancellor Dawn Freshwater said the facility was the first of its kind in Australia.

She said the Indian Ocean was one of the least-explored marine environments, which was why research into its effective management, sustainability and the conservation of marine resources was so important.

Professor Techera said the centrifuge facility located on the ground floor of IOMRC was the largest in the Southern Hemisphere, and would primarily be occupied by geotechnical engineers.

“By using a centrifuge we can create the pressures that are on the bottom of the sea floor and test equipment, such as anchoring systems for oil rigs, to make sure that it functions correctly and what its lifespan is,” she said.

“That (centrifuge) is part of a national facility and it’s commercially available as well. We can be contracted by oil and gas or engineering companies that are making pieces of equipment to test it.

“So as well as our own research, we’re also testing for industry.”

Woodside’s Ocean Works facility is also part of IOMRC’s suite of state-of-the-art infrastructure, as is a glider facility.

Professor Techera said the ocean glider, an autonomous underwater vehicle that collects ocean data, would be used to measure things such as salinity, sea temperature and currents – elements she said were important for many industries, including fisheries.

Similarly, fisheries could benefit from IOMRC’s remote-sensing technology, which can use sensors to locate fish.

“We have some students working jointly (with AIMS and CSIRO) in aquaculture, looking at optimum site selection, environmental impacts and types of species,” Professor Techera said.

“One of the important areas we’re working in now is decommissioning offshore infrastructure; when oil rigs and pipelines reach their end of life what do we do? Do we take them out or leave them and turn them into artificial reefs?

“We know some ecosystems and fisheries have formed around the legs of oil rigs after a period of time; there could be benefits for marine ecology for leaving them in place.

“It’s important for industry to have certainty around this.”

Professor Techera said UWA, CSIRO, AIMS, the Department of Primary Industries and some of the state’s oil and gas companies and other universities had approached the federal government with a view to create a cooperative research centre for decommissioning offshore infrastructure.

If the bid passes the first stage of the process, she said the collective would then be shortlisted for stage two, and would know if the application was successful by the end of the year.

“This is an example of what can happen when you bring together industry, government research bodies, universities and SMEs, not just the oil and gas or fishing industry, but other aspects of business as well, to pool their ideas and money; out of that can come really big collaborative projects,” Professor Techera said.

“I welcome the opportunity to show people the building and also discuss how they might get involved.

“We want to make sure our research has impact beyond just getting a patent and how we can communicate science to government and industry in new and exciting ways.”