Galvin Engineering is hoping a recent acquisition will provide a welcome boost to business. 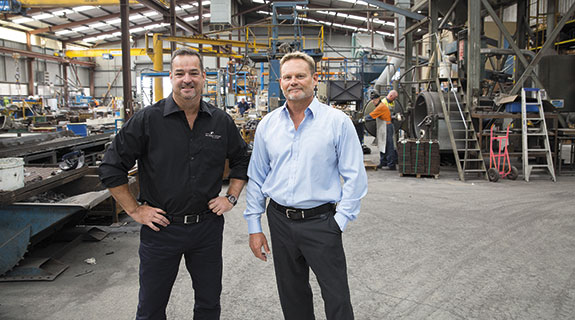 ON BOARD: Duncan Allen (left) has joined Paul Galvin and the Galvin team after the recent acquisition. Photo: Attila Csaszar

GALVIN Engineering has expanded its operations with the purchase of Allcast Foundry, which has been merged into its Galvin Machined Castings operation.

Allcast owner Duncan Allen has joined Malaga-based GMC as national sales and foundry manager, along with his senior staff.

Managing director Chris Galvin said the acquisition of O’Connor-based Allcast would add about 50 per cent to the revenue of the GMC business.

He said it was an important strategic opportunity as Australian manufacturers, especially foundries, were becoming rare, and finding a local solution was becoming difficult for Australian operations.

The acquisition follows the closure of two foundries in Western Australia and one in South Australia by ASX-listed company Bradken, which has consolidated its operations in Brisbane and China.

Mr Galvin, who runs the family business with his brother Paul, said he was confident in the future of the GMC operation, as it suited the fast turnaround, small batch and technically challenging work that is designed specifically for the needs of certain clients.

“This sort of work is not suited to the larger foundries or the offshore facilities as the casting sizes tend to be smaller, the quantities are too low, the work needs intensive management and special skills,” Chris Galvin told Business News.

“Face-to-face communication with the client is often required … and the work often requires the assistance of local specialised sub-contractors.

“The larger foundries are more interested in large size, high turnover and less complex work, where lead times are not critical.”

Mr Galvin said the acquisition would add to GMC’s capacity as a ‘one stop’ casting and machining shop.

GMC has more than 80 years’ experience in making machined castings for the mining, pump, plumbing, transport, and engineering industries.

Parent company Galvin Engineering is a specialised supplier of taps and valving for the health, education, research and correctional industries, with manufacturing operations in India, China and Italy.

It has grown to become a national business with $20 million annual turnover and 85 staff. 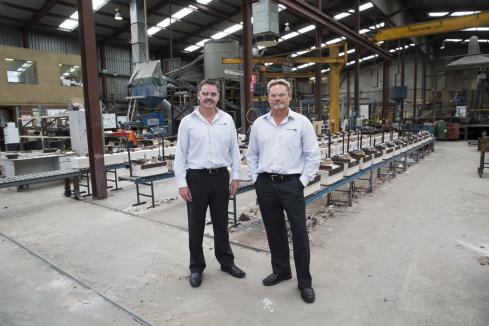