Geoff Gallop says Labor got sucked into the political view only the Liberals could be trusted with the economy. 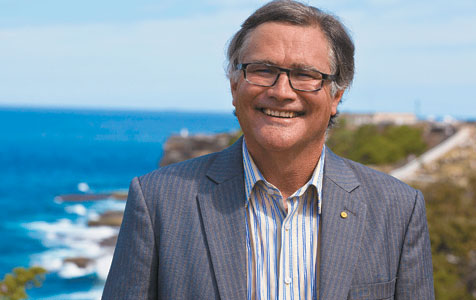 One criticism of Geoff Gallop’s five years as premier (2001-06), was that his Labor government was “process driven”. In other words, he was a stickler for the correct procedure in the decision-making process.

Indeed, one senior public servant told me that at one briefing with the premier, he thought he had provided all the answers as to why a particular course of action should be taken. But then Dr Gallop came up with another point he would like checked before giving the green light.

I always thought the criticism was a sign of short memories. Had not the Labor governments in the 1980s, especially those led by Brian Burke and Peter Dowding, come under heavy fire for failing to follow “due process”, and cost taxpayers hundreds of millions of dollars?

Well, Dr Gallop provided the answer to his approach when jointly launching my new book on the past 11 WA premiers, Tales from Boomtown, with his Liberal predecessor, Richard Court.

He said Sir Charles had fortune on his side when he won the 1974 election over Labor’s John Tonkin, noting factors such as “the tumultuous Whitlam years, and (victory) without a fair electoral system”.

Sir Charles created a myth that only the Liberals could be trusted with the economy, he said.

“He not only set an agenda for his own side – resource development as the priority – but he also played on the minds of his Labor opponents,” Dr Gallop said.

“They felt they needed to prove they could work with business, but found that the mainstream was in Court’s corner.

“So it was, they were tempted – and succumbed to a lesser or greater extent – to the wiles of firstly, Lang Hancock, secondly, Robert Holmes a Court, then Laurie Connell and, finally, Alan Bond ... it was never pretty and Labor didn't need to take this course in order to succeed but under Brian Burke it became official strategy."

Dr Gallop set about overcoming this myth when he became Labor leader in 1996 by “bringing social and environmental sustainability on to the dinner table and ... by sticking to the principles of responsible government”.

And it might also have led to barbs that his government was “process driven”. But you can sleep easy on that one.

Former New South Wales premier Neville Wran, whose funeral was held in Sydney last week, was not only a trendsetter for the Labor Party – he was also one of the standouts among modern state leaders.

And during the 10 years he led NSW, there was no shortage of strong state leaders. They included Sir Charles Court, Don Dunstan (South Australia) and Joh Bjelke-Petersen (Queensland).

When Mr Wran led Labor to victory in the 1976 NSW election, it was an extraordinary win. The poll came five months after the party’s annihilation in the federal election, which followed the sacking of the Whitlam government.

The federal result led to predictions it would take Labor years to regroup and again become a viable political force.

So why the quick change?

One reason was that Mr Wran, a QC and experienced industrial barrister, was not only smart but also pragmatic. He distanced himself from Gough Whitlam, who was still Labor’s federal leader.

One story I heard while reporting on NSW politics between 1977 and 1980 was that Mr Wran would often drop into the press gallery at Parliament House in Canberra when campaigning in the regions.

On one occasion he and Mr Whitlam ran into each other in the corridor. So frosty had their relations become, neither acknowledged the other.

Mr Wran's mantra was to deliver “sound, moderate and stable government”, providing a direct contrast to the chaos that engulfed the Whitlam administration.

He was polished in every way, including in his appearance. Once asked about his well-cut suits and fashionable ties, he responded: “Just because I'm a Labor man doesn't mean I've got to have the seat hanging out of my pants. And, by the way, people expect their leaders to be well dressed.” And they do.

One thing Brian Burke did when elected WA premier in 1983 was to urge his ministers to acquire new suits. Appearance was important. In fact, in his own tailored navy blue suits, Mr Burke could have been mistaken for a Liberal premier.

Mr Wran was not short on ambition, being touted frequently as a future federal Labor leader.

I once asked him why he was interested in switching to federal politics and becoming prime minister. “Because it's the top job,” was his blunt reply.

More current and aspiring politicians would do well to study the Wran model. He was aged 87.