The world risks national oil companies stepping in to replace private capital if emissions reduction is poorly handled, Kevin Gallagher has warned, after the industry came under fire from Andrew Forrest today. 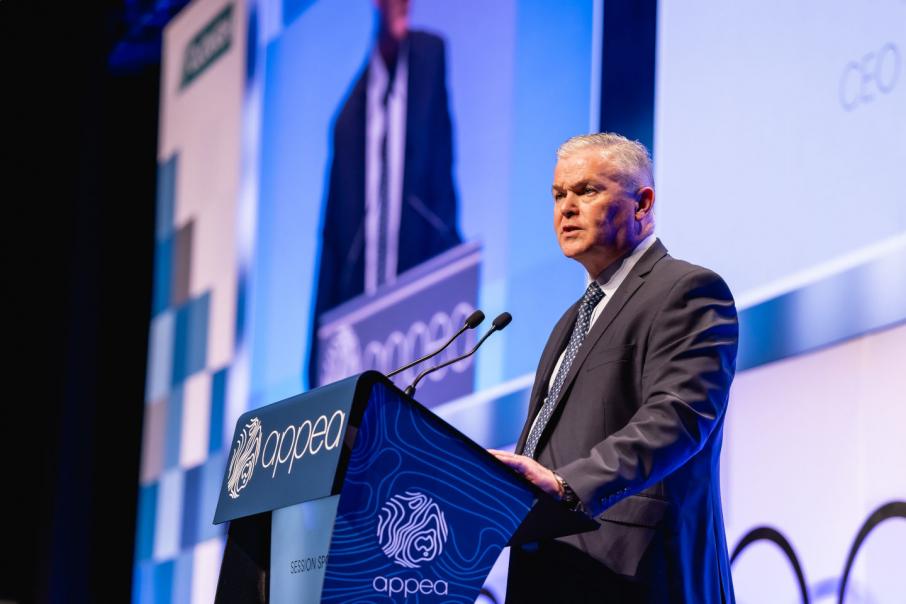 The world risks national oil companies stepping in to replace private capital if emissions reduction is poorly handled, Kevin Gallagher has warned, after the industry came under fire from Andrew Forrest today.

But Mr Gallagher said investor behaviour was not matching demand.

“The energy and upstream sectors have underperformed the S&P500 for the last ten years,” Mr Gallagher told the Australian Petroleum Production and Exploration Association conference in Perth today.

“Equity investors have turned off the taps.

“US equity issuance in exploration and production fell off a cliff in 2017 and it will not recover.

“Increasing (environmental, social and governance) pressure has restricted access to capital with banks increasingly under pressure to not fund projects in our sector.

“As a result, we are seeing national oil companies stepping up with more investment because demand for oil and gas is not disappearing.

“There is a fundamental disconnect between what the world says it wants from the energy transformation and its consumption patterns.”

More than 50 per cent of oil and gas would be produced by the Organization of the Petroleum Exporting Countries in a net zero by 2050 scenario according to projections by the International Energy Agency, Mr Gallagher said.

“This will increasingly put oil supply security and prices for countries like Australia in the hands of the cartel,” he said.

Russia had announced two LNG projects with total capacity of 33 million tonnes per annum within recent weeks, while Qatar was moving ahead with a 32mtpa facility, he said.

Responding to journalists regarding Mr Forrest’s comments, Mr Gallagher suggested it may be commercially motivated.

“We’re very proud of the efforts we’ve made at Barossa.

“The design changes (under Santos)... resulted in a 25 per cent emissions reduction compared to when it was operated by Conoco.”

He also responded to concerns that the project would be uneconomic.

“From a cost of supply point of view, we see it second only to Qatar and Russia,” Mr Gallagher said.

“We’re brownfield, the LNG facility is already in place.”

Carbon capture and storage would be critical for the world to reach net zero by 2050, Mr Gallagher said.

“If the world continues to fall behind that net zero trajectory, the only option it has is CCS,” he told journalists.

Earlier this month, Santos was granted $15 million from the federal government’s CCS investment fund for a sequestration project in Moomba.

There were opportunities offshore too.

Mr Gallagher revealed the facility would breakeven on a $30 per tonne carbon credit price.

The Bayu-Undan field, which is rapidly depleting after pumping gas to the Darwin LNG plant for 20 years, could be a target for carbon capture, Mr Gallagher said.

It could be used to store carbon from the Barossa development.

A similar project in Norway required subsidies but Mr Gallagher said it would be competitive.

“You need an offshore platform and you need a pipeline, (at Bayu-Undan) the infrastructure is already in place,” he said.

“We’ve designed our facilities on Barossa… so we can bring (carbon dioxide) onshore.”

That carbon will then be processed and pumped to the old Bayu-Undan field.

Mr Gallagher said the company would seek to store carbon from other nearby projects, too.

There would need to be work done to develop a carbon credit market, he said, including bilateral credit systems with trading partners.

Carbon capture would also support hydrogen production from natural gas, and carbon credits would lower the price of hydrogen.

That would mean Australia could achieve a hydrogen price close to its targets 10 years ahead of the rest of the world, he said.