A local oil and gas explorer led by Steinepreis Paganin partner Peter Wall has announced plans to acquire a digital technology company in a backdoor listing. 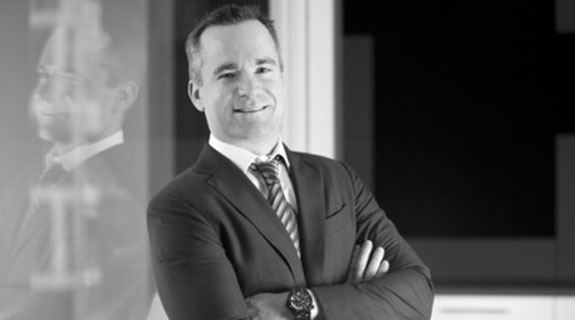 A local oil and gas explorer led by Steinepreis Paganin partner Peter Wall has announced plans to acquire a digital technology company in a backdoor listing.

Galicia Energy Corporation is planning to buy TV2U Worldwide, a digital content enabler and technology provider to the media, entertainment and communications industries, in exchange for 714.3 million shares at 1.4 cents each, totalling about $10 million.

It will also issue around 1 billion performance shares, which are subject to the achievement of certain milestones.

If the transaction is successful, the board of the new company will consist of Mr Wall as non-executive chairman, while Galicia managing director Faldi Ismail will become a non-executive director.

Mr Ismail is also the founder and operator of boutique advisory firm Otsana Capital, which specialises in mergers and acquisitions.

Along with his role at Steinepreis Paganin, Mr Wall is also a director of Aziana (which is currently involved in a reverse takeover of BrainChip), Phytotech Medical, Minbos Resources, Dourado Resources and Global Metals Exploration.

The founder and current chief executive of TV2U, Nicholas Fitzgerald, who was also involved in the start-up of encoding and transcoding company Digital Rapids, will be the company’s chief executive, and Remus Hua will be an executive director.

As part of the acquisition, Galicia will be required to complete a minimum $6 million capital raising at a price of no less than 2 cents per share, in order to comply with ASX relisting rules.

The company also announced plans to raise a further minimum of $10 million, resulting in a maximum of a further 500 million shares being issued.

“In light of the difficulties being encountered by all companies in the oil and gas sector right now, made worse for Galicia by hostilities in Ukraine, the board formed the view that TV2U provides an opportunity and alternative sector that is likely to generate greater value for shareholders,” Mr Wall said.

“(TV2U’s) technology and positioning in the market is unique and they have the platform to become a global market leader for the delivery of next generation information and entertainment services.

“Having potential first mover advantage in the legal provision of western content to the Chinese market gives TV2U the realistic capability to drive revenue a multitude of times.”

The company plans to be reinstated on the ASX under its new business model on August 13.

Galicia has appointed Steinepreis Paganin as its legal adviser and Merchant Group as its corporate adviser for the acquisition.

Shares in Galicia were 23 per cent lower to 1 cent a share at 10am.