Galaxy to merge with General Mining 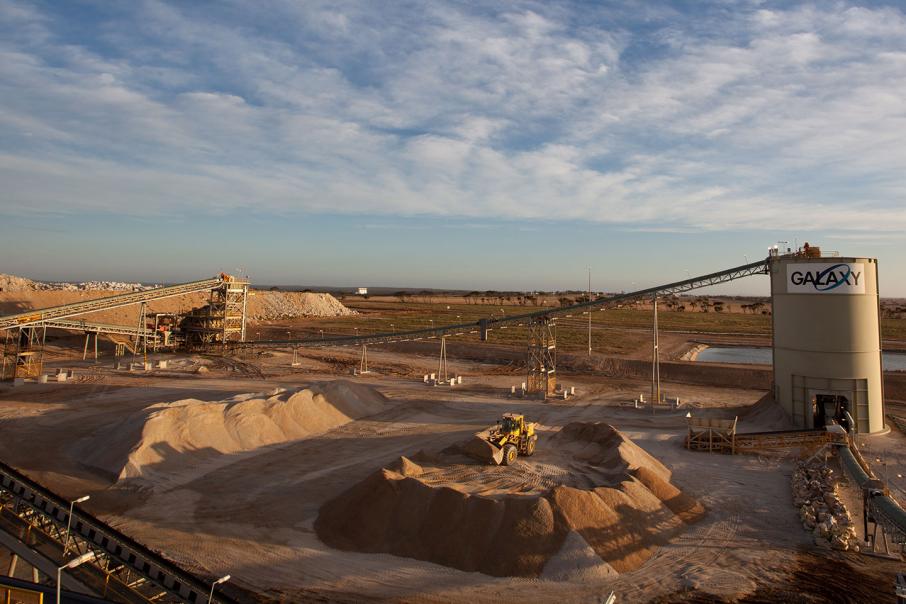 Galaxy has proposed to acquire General Mining’s entire issued share capital, offering 1.65 Galaxy shares for each GMM share, valuing the target at about 65.2 cents a share, based on Galaxy’s last trading price.

The offer is a 9.4 per cent premium to General Mining’s 10-day volume weighted average price.

The deal was flagged last week when the two companies entered trading halts pending the announcement of a corporate transaction.

According to the proposal, the combined company’s market cap would exceed $700 million.

The two companies came together last year after working out an earn-in arrangement for General Mining to take up a 50 per cent stake in Galaxy’s Mt Cattlin lithium project near Ravensthorpe.

Under the terms of the deal, the boards of the two companies will merge, with Galaxy chairman Martin Rowley to retain his position, as will managing director Anthony Tse, while General Mining chairman Michael Fotios will be offered a seat on the combined group’s board as a director.

Mr Fotios was managing director of Galaxy when the company floated in 2007.

Galaxy will remain headquartered in Perth and will retain its listing on the ASX, while General Mining will become a wholly-owned subsidiary of the group.

“We are extremely pleased that the joint venture arrangement we entered into with General Mining in 2015 has resulted in a merger proposal that makes sound strategic sense and, importantly, gives the shareholders of both Galaxy and General Mining the opportunity to participate in the upside of a merged lithium company of global significance,” Mr Rowley said.

“The arrangement struck between Galaxy and General Mining has enabled the recommissioning of the Mt Cattlin mine, drawing on General Mining's financial and technical resources, with Mt Cattlin now poised to deliver first production of spodumene to contracted buyers in the third quarter of calendar 2016.

“We are confident that merging the companies will result in significant benefits to both sets of shareholders with the opportunity for a re-rating for the expanded shareholder base from the enhanced equity and capital markets profile.”

Mr Fotios said the two companies were a natural fit.

“Both companies have successful track records of creating substantial value for shareholders and, together, we will retain this focus,” he said.

“Our ability to capture future growth opportunities in the rapidly evolving lithium market will be significantly enhanced by this merger.”

The offer, which has been backed by both boards, is expected to close during the third quarter of the year.