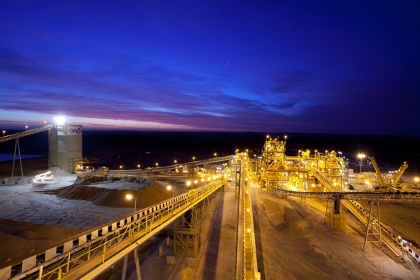 Western Australia-based lithium miner Galaxy Resources has announced it will acquire Canada’s Lithium One to create the largest pure-play lithium company in the world, with a market capitalisation of just under $500 million.

Galaxy announced late Friday it had entered an agreement to acquire all of Lithium One’s stocks via plan of arrangement, offering 1.8 Galaxy shares for each Lithium One share.

The merger has been unanimously supported by both the Galaxy and Lithium One boards.

Lithium One’s flagship asset is a 70 per cent stake in the Sal de Vida lithium and potash brine project in Argentina, which was estimated to be worth $US1.07 billion in October 2011.

Galaxy managing director Iggy Tan said the merger was an excellent opportunity for the company to boost its lithium resource base and become a major global lithium player.

If the merger proceeds, the merged entity will have an undiluted market capitalisation of $490.3 million

Mr Tan said the company had been searching for a high-quality undeveloped lithium deposit for the last 18 months, and he believed Sal de Vida fit that criteria.

“Galaxy will require more lithium resources over the next few years, and Sal de Vida along with James Bay will significantly add to our existing Australian resource inventory and gives us ample resources to continue to grow the lithium business and drive the long-term value of the company,” Mr Tan said.

Galaxy also announced it would launch a $50 million capital raising to strengthen its balance sheet, cover merger costs and progress its development plans.

The company said the capital raising was not conditional on the merger with Lithium One proceeding.