The Victorian government’s decision to cancel the East-West Link could have ramifications for WA. 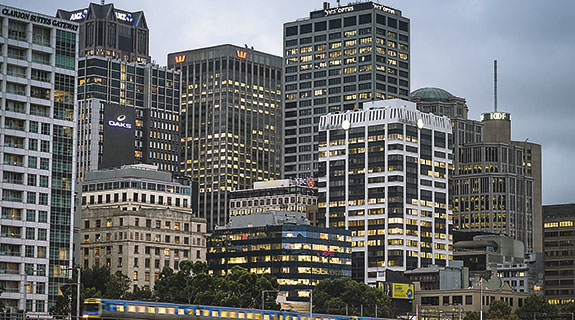 OPTION: Opponents of the East-West Link preferred a focus on rail. Photo: iStockphoto

The Victorian government’s decision to cancel the East-West Link could have ramifications for WA.

Among the barbs thrown during the recent stoush over the GST distribution formula, Victorian Premier Daniel Andrews attacked Western Australia for spending like ‘drunken sailors’.

Apparently, if WA hadn’t spent up big on infrastructure projects it would have more in the kitty for a rainy day.

Yet the Victorian leader recently decided to slug Victorian taxpayers hundreds of millions of dollars to not build a major road infrastructure, the now cancelled East-West Link.

This means that Western Australians are, at least in part, subsidising (through the GST) Victoria to not build a road.

More, the background as to why and how the project was cancelled creates unheralded international sovereign risk for all Australia. WA will need to isolate its international financial reputation from the damage being done by Victoria.

In September last year, the then coalition government signed a $5.3 billion contract to build stage one being mostly a tunnel under inner-urban Melbourne just north of the CBD.

The project is part of an integrated infrastructure network, involving road and rail development needed to keep Melbourne viable into the future. Melbourne’s current population of around 4.3 million expected to grow to near 6 million by 2030 and 7 million around 2050. Previous Labor and coalition governments have been in agreement on the infrastructure plans but with differences in timing on when to build what.

The premier announced a $339 million payout to the construction consortium and $81 million to finance brokers. About $500 million had already been spent on ‘sunk’ costs. Further, finance undertakings are being committed to future government work at undeclared cost.

The excuse given for cancellation was that rail rather than roads should be built.

There are other concerns, however.

The major construction union, the CFMEU has long been a problem in Victoria, causing massive cost blowouts in commercial construction. Both coalition and Labor governments had tried to keep the CFMEU under control, without much success.

But the coalition government of Denis Napthine had been making progress since the introduction of its Victorian Construction Code, which had stopped cost blowouts by controlling the terms of government construction contracts.

This code was applied to the East-West Link contract. By default, it restricted CFMEU control of the job.

However, in January this year, the Labor government abolished the construction code.

This decision, when viewed alongside the cancellation of the East-West Link, appears more intent on re-establishing union control across worksites in Victoria.

However, what’s happened through this process is that the normal rule of commercial contract certainty has been trashed. Business and finance is attracted to environments where risk assessments can be done and decisions secured through contractual undertakings. It’s the certainty of a signed contract that creates trust and enables business to happen.

Victoria has thrown that out. What now exists in Victoria is a process by which business is entirely subject to unpredictable and opaque political vagaries. A contract means nothing. Political nepotism means everything.

The world has noted the development. Both France and Spain lodged formal diplomatic complaints to the Andrews government. Those governments have businesses resident in their countries involved in the cancelled project. This is not just damage to Victoria but to Australia.

Democracies by their nature have chaotic political processes. That’s healthy. But the commercial (and even moral) fibre of a society substantially rests on trust.

That is, that the word and undertakings of a peoples can be trusted. In commerce this is solidified through contracts.

WA now has a problem. It is tainted through the federation with the Victorian smear. Somehow WA has to re-prove to the world that its word is its bond and that it doesn’t have the same political ugliness as Victoria.