John Howard says the Senate’s decision in 1998 to water down aspects of the GST was economic ‘vandalism’. 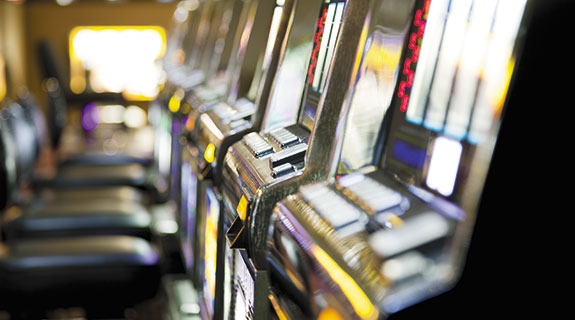 OFF THE TABLE: Gambling revenues are not counted against the states when the GST carve-up is undertaken.

The 'father' of the GST, former Liberal prime minister John Howard, says it was never envisaged that a state's share of its contributions would fall as low as 30 per cent, as has happened to Western Australia for 2015-16.

"WA has been very hard hit at the moment."

Mr Howard, who was speaking during a recent visit to Perth, conceded that gaining a fairer distribution would not be easy, saying it would require cooperation from the other states. And that would not be simple, as a concession to one state would come as a cost to another.

But he did say it was time for the Commonwealth Grants Commission to take account of all the revenue raised by each state before deciding how much would be reallocated as part of its service equalisation responsibility to residents throughout the nation.

"I think it's very important that all of the revenue raising streams of the states are put into the mix," Mr Howard said.

"And the point was made ... that gambling revenue is not counted against the states, whereas royalties are. Now that is something that's not fair."

His line was that taxes on poker machines are big revenue earners for the governments in Victoria, NSW and Queensland. For some mysterious reason they are not included in the tax revenue by the grants commission when it is deciding each state's allocation of funds; but royalties are.

That policy works to the advantage of the three eastern seaboard states, although Queensland also derives significant revenue from mining royalties. WA, however, is the odd one out. Gambling revenue is significantly reduced because of the state's reluctance to license gaming machines except for the Crown Casino at Burswood. So WA gets hit on royalties, and effectively gets penalised for not having pokies.

Mr Howard was quick to acknowledge the social issues associated with poker machines, saying he hoped WA's stance didn't change; but he said there was no quick fix to the resulting GST problem.

Australia's second longest serving prime minister put his job on the line in 1998 when he reversed a commitment not to introduce a GST, and took the issue to an election, recording a narrow win.

"I think it is fair to say that one of the greatest acts of Senate vandalism in the recent economic history of Australia was the refusal of the Senate in 1998 to, notwithstanding the verdict of the Australian people, having been presented with root and branch tax reform ... and voting for it, then decided to pick it to pieces and reduce its impact in quite a significant way," Mr Howard said.

The net result was to reduce the basket of goods and services on which the tax would apply, significantly curbing its revenue raising capacity. So successive governments – Labor and Liberal – have had to place greater reliance on company and personal income taxes for their revenue. That can work as a disincentive for both taxpayers and companies.

Despite Mr Howard's views, however, GST reform is on the backburner, at least until after next year's federal election. Simply put, GST reform is electoral dynamite and Prime Minister Tony Abbott, for one, doesn't want to light the fuse.

Political parties are facing bigger challenges than ever to get their message across to an increasingly fragmented electorate. Sometimes a new strategy works, sometimes voters are left shaking their heads.

Take opposition leader Mark McGowan's efforts to draw attention to WA's mounting debt, thanks to the decisions of Premier Colin Barnett and his government. It led to the appearance of the Debt Monster (a Cookie Monster lookalike) on social media and at a government news conference. Two Labor frontbenchers, Ben Wyatt and Rita Saffioti, were part of the action, hamming it up for the cameras.

Mr Barnett gave the prank short shrift saying, in effect, the opposition should grow up.

For his part, the normally undemonstrative premier was photographed in his usual dark business suit but, instead of his polished black shoes, he was wearing thongs. Why? Apparently to show that he was really just a normal guy and was getting ready to relax on WA Day.

Do these gimmicks work? Certainly not among older voters. How can MPs expect to be taken seriously if they behave like adolescents?

But if they can appeal to the younger demographic who shun the daily newspapers and evening TV news bulletins, then the moves might pay off.

When in opposition many years ago, Mr Barnett once arrived at a news conference outside Parliament House on a boiling afternoon, putting on his suit jacket. "People expect Liberal leaders to wear suits at news conferences," he explained.

But times have moved on, it seems. Voters will have the last word on whether stunts like the thongs, and Labor's Debt Monster, actually work.