GST first of many tests for Labor

OPINION: The McGowan government will need to get straight down to business, given the backlog of issues it needs to address. 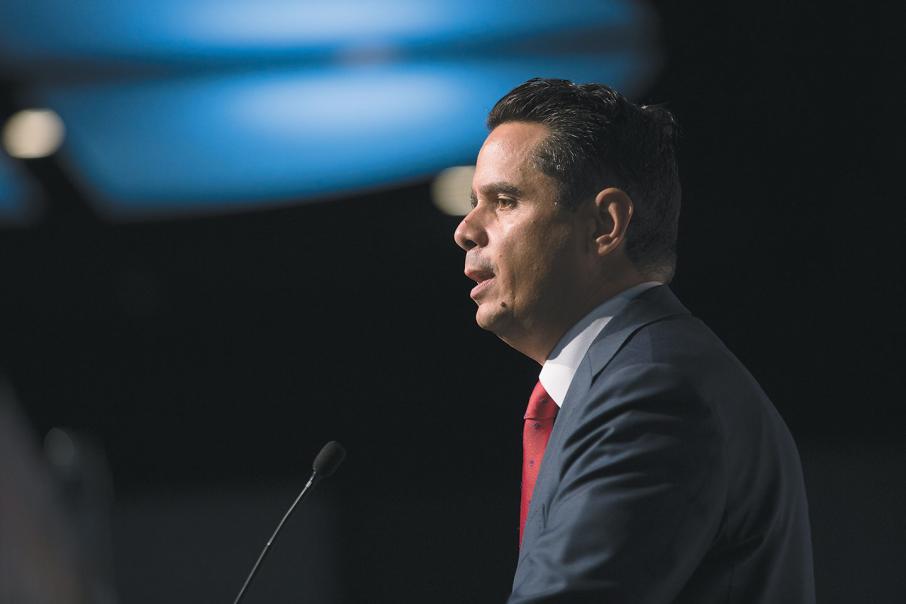 Ben Wyatt will be busy sorting out the state’s finances. Photo: Attila Csaszar

OPINION: The McGowan government will need to get straight down to business, given the backlog of issues it needs to address.

The euphoria surrounding the swearing in of Mark McGowan’s state Labor government lasted just one week, thanks to Western Australia’s bete noir – the Commonwealth Grants Commission. And despite Labor’s thumping election victory, more shocks could be on the way.

The fact that the commission’s mysterious formula for reimbursement of GST revenue has set WA’s share at 34 cents for every dollar raised in the state (instead of the predicted 38 cents) is lesson number one for new Treasurer Ben Wyatt. You can’t allocate the money until it is in the bank.

And you can rant and rave against the injustices of the formula – and new opposition leader Mike Nahan has even offered to be part of a Liberal-Labor unity ticket to seek a better deal from the federal government – but the other states, including Mr McGowan’s and Mr Wyatt’s Labor colleagues, appear unmoved.

It is every state for itself when it comes to carving up the spoils, and even party affiliation takes second place.

The easy way out for Mr McGowan is to plug the revenue gap with increased taxes and charges and blame the Commonwealth.

This is tempting, especially early in the first term.

However, it is far better to listen to the voice of experience, take the advice of former WA Treasury boss John Langoulant, and senior economist John Nicolaou, and press the Commonwealth for major infrastructure grants, especially while the WA economy is in transition.

The second test for the new government could come after parliament resumes on May 2. Labor has no problems in the Legislative Assembly, where it is sitting pretty with 41 of the 59 members. But it is a different story in the Legislative Council. With just 14 of the 36 members, Labor is well short of a majority and will have to rely on the minor parties – especially the Greens – to get contentious legislation through.

How could the same election produce two such contrasting results? Simple. The lower house election is effectively based on one vote, one value. The electorates have roughly the same number of voters, with the exception of the sparsely populated seats in the north.

In contrast, the upper house is divided into six regions, three each for the metropolitan and country areas, with six members each. But there is a huge disparity in the number of city and country voters per region. For example, the South Metropolitan region has 409,325 voters on the roll, compared with just 68,480 voters for the Agricultural region.

This means that 11,400 votes will guarantee a seat in the Agricultural region, but a candidate would need 68,200 to win in South Metropolitan. The Nationals, with four MLCs from a modest regional vote, have much to be thankful for.

Labor has never had an upper house majority since WA was awarded self-government in 1890. So Mr McGowan and his upper house leader, Sue Ellery, will have to tread warily to get contentious legislation carried.

The Greens, with four members when the fixed terms of the current MLCs expire on May 21, are potential allies. But even that tie-up provides only a potential maximum of 18 votes out of 36 – tight in anyone’s language.

And the council’s power to disrupt the government should not be underestimated as John Cowdell, the first Labor upper house president (2001-05), notes.

“At the moment the council can not only block any legislation it wants, without any deadlock resolution, that would allow reference to the people,” he said.

“But it can also block the budget and force a government from office without having to face the electorate itself.”

Mr Cowdell notes that alternative methods of electing MLCs, including replacing the six regions with a statewide constituency, or simply a ‘metropolitan’ and ‘regional’ division, have been promoted as more fairly reflecting the wishes of voters.

“And fewer regions could allow for a reduction in the number of upper house members,” Mr Cowdell said, a move that could be attractive to a cash-strapped government. But the MLCs would first have to support change, which is a very long shot.

Because the numbers are so tight, a showdown between the government and the council will be inevitable. Labor’s victory might have been decisive, but still not enough to guarantee support in the Legislative Council.