GST could get worse: CCI

Mining magnate Andrew Forrest has made an emotional plea for gambling revenue to be factored into the GST distribution system, while Western Australians have been warned the state’s share of the revenue could potentially fall to zero if the economy were to return to boom times. 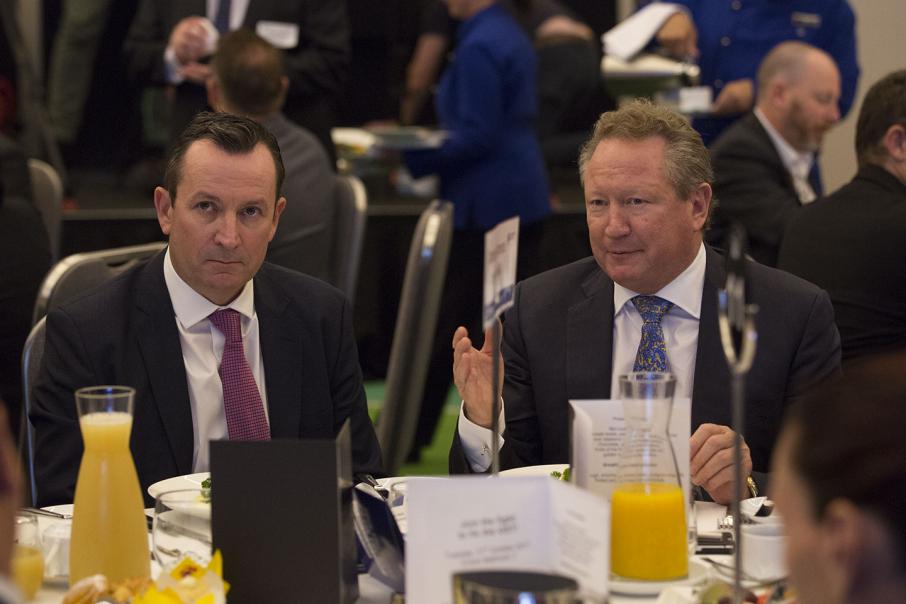 Mining magnate Andrew Forrest has made an emotional plea for gambling revenue to be factored into the GST distribution system, while Western Australians have been warned the state’s share of the revenue could potentially fall to zero if the economy were to return to boom times.

“I have a friend, quite a dear friend, who is on welfare, she has little children,” Mr Forrest said.

“She has many times locked the door to her house, put food on the table, and for the little baby - in case the kids don’t feed the baby - puts food on the floor, and she heads into the pokies.

“She is part of the great rump of vulnerable Australians who are hooked on that Dracula-like (thing) sucking blood out of the community called gambling.”

Despite the damage it did to the community, gambling revenue was not factored into the revenue raising capacity of a state in GST calculations, he said.

If gambling revenue was included in the GST distribution, states would have less incentive to allow it, he said.

Mr Forrest called on the state’s business leaders to bring up issues with the GST distribution in boardrooms interstate, and to suppliers.

If they don’t listen, he said, WA companies should take their business elsewhere.

CCI chief economist Rick Newnham warned that it was possible the state’s GST relativity, which is currently 34 per cent, could fall to zero.

“Because WA is so far ahead of the rest of the other states, almost two thirds of all (our) GST is used up raising the states to our level,” Mr Newnham said.

“It’s perfectly reasonable to expect that, some time in the future, if WA continues to pull further and further ahead of the rest of the country, that the GST will actually run out as we raise all the states up to our level.”

That would mean the state received no GST revenue.

"Currently the way the system works is it requires equalisation to the strongest state," Mr McGowan said.

"We're the strongest state, but we literally could lose every dollar of revenue we put in."

He said he was supportive of recommendations by the Commonwealth Grants Commission and Productivity Commission to reform the system.

But the Grants Commission policy, quarantining part of the revenue from royalty changes from redistribution, might be politically the easiest, Mr McGowan said.

"The solution has to be a Commonwealth solution... it needs to have the courage to do it... it needs to take action sooner rather than later," he said.

Mr McGowan also confirmed that he would be happy to consider to recieve continued top up payments from the federal government until a longer term solution was put in place.

That compared with a series of promises by the previous federal government that had been left unfulfilled, he said.

Mr Porter said he had left state politics to have more impact on the GST debate, with proponents of reform needing to base their strategy on arguing about the national interest in order to resonate on the east coast.

He encouraged Premier Mark McGowan to head interstate to pitch the message, although he warned that a number of WA submissions to a recent Productivity Commission enquiry into the distribution had not been weak in stating the case for reform.