GR the latest to be hit by resources uncertainty 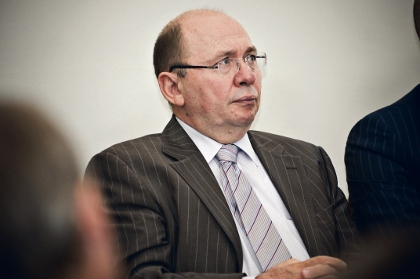 Project delays and deferrals in the resources sector have inflicted another blow, with GR Engineering joining the growing list of contractors slashing their earnings guidance for the 2013 financial year.

The contractor announced today that its first half performance would also be hit by one-off legal costs and a write-off associated with a resolved dispute with Gold Ridge Mining, totalling $2.1 million.

“Profit before tax is now forecast at approximately $13 million to $13.5 million for FY12 compared to $19.9 million in FY12,” the company said in a statement.

“On a positive note, the level of study and engineering activity remains robust and we expect the results for our second half of FY13 to be far stronger than those for the first half,” Mr Ricciardo said.

“Together with work being undertaken on both EPC and EPCM style engagements, the company’s workload supports our existing manpower levels.”

Mr Ricciardo said the company retained around $30 million in cash on hand and virtually no debt.

GR Engineering shares dropped by 11.2 per cent on the ASX today, to finish trade at 83 cents.

GR’s profit hit comes after a series of earnings revisions and setbacks for engineering contractors in October.

The job cuts at VDM followed with Matrix Composites & Engineering announcing it had cut 46 jobs in October, and BHP Billiton also confirming jobs were on the line at its Nickel West operations near Leinster during the month.

Rumours were also swirling regarding a significant round of redundancies at the Perth office of global engineering group GHD.

Earlier in October, iron ore miner Mount Gibson Iron announced it would put off up to $150 million in spending and lay off 270 jobs to ensure it remains profitable.

Atlas Iron also announced around the same time that it would cut 27 jobs and defer long-term exploration plans as a result of the continuing market uncertainty.