Perth-based GR Engineering Services has delivered a strong result despite the doom and gloom of the resources sector, announcing today a rise in profit and an increased dividend payout. 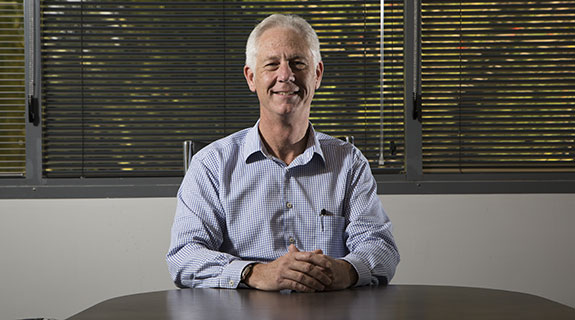 Perth-based GR Engineering Services has delivered a strong result despite the doom and gloom of the resources sector, announcing today a rise in profit and an increased dividend payout.

GR Engineering posted a 33.8 per cent rise in net profit to $8.7 million for the six months to December, with revenue up 29.5 per cent to $127.2 million against the previous corresponding period.

The company also increased its interim dividend by 0.5 cents to 5 cents per share, fully franked.

However, despite the promising result, shares in the mining contractor were down 11 per cent to 84.5 cents each at 12:30pm.

“We are pleased with our operational performance and progress on key contracts, which has provided GR Engineering with a platform to maintain strong financial results in HY16, against a backdrop of soft capital expenditure in the global resources sector,” managing director Geoff Jones said.

GR Engineering’s earnings before interest, tax, depreciation and amortisation rose 9.1 per cent to $10.8 million, while earnings per share rose to 5.8 cents per share.

The company held $44.1 million in cash with interest-bearing debt of $1.5 million as at the end of December.

GR Engineering said its wholly owned oil and gas services subsidiary, Upstream Production Solutions, achieved sales revenue of $17.2 million during the half-year and continues to deliver financial outcomes in line with expectations, despite a market constrained by multi-year lows in energy prices and declining capital expenditure.

“The company continues to identify opportunities in Australia and overseas, particularly in the precious metals sector where GR Engineering has a strong reputation and long history of successful project delivery.

GR Engineering said it expects revenue and earnings in the second-half of FY16 to be consistent with the first-half.