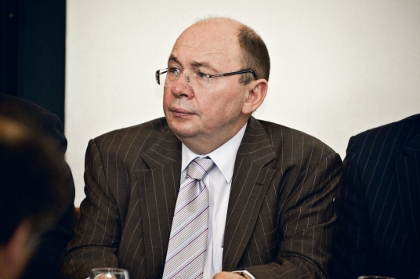 Shares in GR Engineering have jumped on the ASX this morning, after the company announced a £75 million ($111 million) contract with Wolf Minerals at the Hemerdon tungsten and tin mine in England.

Works will include the construction and commissioning of a 3 million tonne per year processing plant and associated infrastructure.

The contract remains subject to several conditions, including Wolf finalising its $212 million financing package for the Hemerdon project.

The funding package includes a $20.3 million placement, a million financing arrangement from Resource Capital Fund and credit approval for £75 million in senior debt funding from a consortium of financiers led by Unicredit Bank, ING Bank and Caterpillar Financial.

“The contract is particularly significant for GR Engineering as it is consistent with our growth strategy to expand offshore and to maintain our traditional standing as an EPC contractor that can deliver fixed price, turn-key solutions,” Mr Ricciardo said in a statement.

Wolf Minerals managing director Humphrey Hale said the contract value was in line with estimates included in the Hemerdon project's definitive feasibility study which was completed in May 2011.