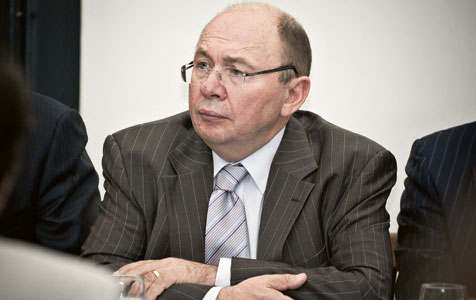 GR said that Mr Ricciardo would move from his current role as managing director to an executive chairman position.

GR chief operating officer Geoff Jones has been promoted to managing director while current non-executive chairman Barry Patterson will remain on the board and become a non-executive director.

Mr Jones has worked for GR for the last two years and has more than 28 years experience in engineering, minerals processing, construction and project development.

Aspen, which is going through a big restructuring process, has recruited Clem Salwin as its new chief executive and managing director.

Mr Salwin will succeed Hugh Martin, who had been acting as interim CEO since August 2012.

Mr Martin will resume the role of a non-executive director of Aspen's board.