Some of WA’s most successful tech companies have deep roots in the resources sector. GLX Digital is planning to join them. 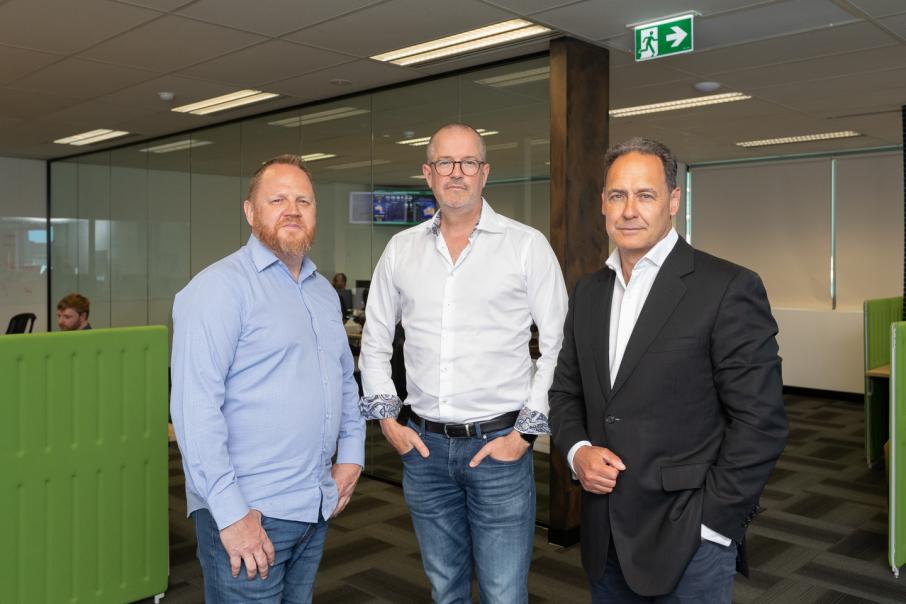 If GLX Digital founder and chief executive Damien Criddle achieves all his goals, there will be less vacant real estate in Subiaco than is currently the case.

“My vision for this office is that we take out this whole building,” he says of GLX’s current home on Roberts Road.

GLX is still completing the fit-out for its latest office expansion, after growing from 12 people at the start of the year to 30 currently.

The business plans to triple that number over the next 18 months as it continues to develop and commercialise its innovative software products.

The company’s goals may be ambitious but it has already racked up some big achievements since being established five years ago.

Already, about 75 of the world’s biggest oil and gas companies have signed up to its inaugural product: a trading software called Connect.

Local industry heavyweight Woodside Petroleum has signed up to support development of a second GLX product, a ‘middle office’ deal-capture and transaction-management software called One.

Its plans include diversifying beyond LNG to trading in other seaborne commodities, including lithium, grain, and iron ore.

Mr Barnaba said GLX was first to market and now had the funding, the people and the customers it needed.

“We’ve got all the factors in place,” he said.

Mr Barnaba is aiming to prove that a global tech company can be built in Perth.

GLX is not the first Perth business to have that goal.

In fact, Perth has a rich history of technology-based companies servicing the global resources sector, though few are household names.

One example is drilling technology company Imdex, currently valued at close to $500 million.

Another is DUG Technology, which listed on the ASX this year after raising capital to support development of its international network of supercomputers.

Other local companies have quietly built a global profile over more than 30 years.

Welshpool-based RCT, for instance, has signed up more than 600 companies in 72 countries for its automation and remote control technologies.

More than 300 mining customers across 44 countries use its training simulators, including most of the world’s largest miners.

Similarly, the mining software developed by Nedlands company MICROMINE is used around the world.

GLX is aiming even higher; it wants to be the Perth equivalent of Sydney-based success story Canva, which is valued at more than $8 billion.

There are no Perth tech companies with a valuation remotely near that.

The closest would be privately owned gaming company VGW Holdings, which could be worth more than $1 billion after posting a spectacular $72 million net profit last financial year. 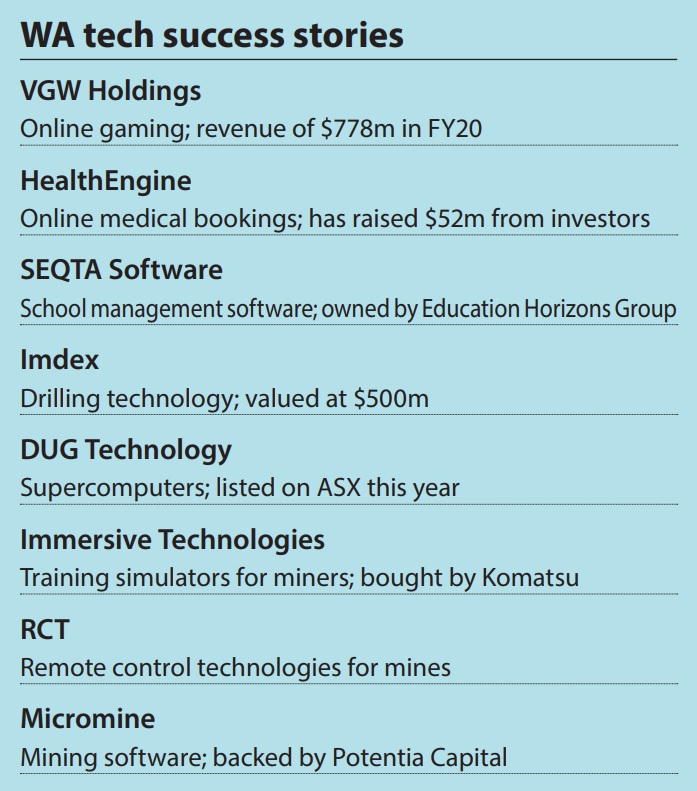 Mr Criddle said despite management’s lofty goals, GLX still had the mindset of a startup.

That included a focus on generating revenue and building market share rather than turning a profit.

“We’re a startup and we’re in a space where there is no existing product, so we have to be nimble,” he said.

“We pivot quickly, set a new milestone, and deliver on that. Investors like that.”

There have been two notable pivots in GLX’s five-year history.

When GLX was launched, its development team was in Perth but its commercial functions were in Singapore, which is a global hub for commodities trading.

Apart from a few marketing staff, the whole team is now in Perth.

That is helped by the fact many of the world’s largest commodities producers and traders, which are all prospective GLX customers, have offices on St Georges Terrace.

A second major pivot was the shift towards software-as-a-service.

“When we started five years ago, it was very much a trading platform, a marketplace concept,” Mr Criddle said.

Under this model, early customers used the GLX marketplace to trade LNG cargoes.

GLX is now a supplier of software that is used to facilitate private trading of cargoes.

“We’re amalgamating four or five technologies into one system,” he said.

Mr Criddle said this made LNG trading faster and cheaper.

Mr Barnaba, who is also deputy chairman of Fortescue Metals Group, said there was similar potential to improve the efficiency of iron ore trading.

“You can’t actually see through to the price, and that would be very valuable,” Mr Barnaba said.

“You don’t get any feedback from the end customer [the steel mills].

“There is all this information that is going to the trader and they don’t share it, it’s their IP.”

While GLX’s Connect software is focused on trading, the One software is internal facing and designed to help companies monitor and manage their entire portfolio of cargoes.

Woodside is the first company to sign up for this digital deal-capture and trade-management system, which is still under development.

“The move is part of Woodside’s digitalisation strategy and comes at a time when data analytics and speed of access to information is becoming vitally important in increasing the transparency and efficiency of LNG trading markets,” chief executive Peter Coleman said.

“The choice of GLX was based on its proven track record in delivering complex digital systems for commodity markets, and underlines Woodside’s commitment to supporting homegrown technology solutions.” Mr Criddle said.

One would combine company data with real-time market information.

“That information currently lives in spreadsheets, and on analysts’ and traders’ desks,” he said.

“It’s basically compiling all the relevant data you would want to see and giving it to you on a screen.

“It’s very impactful because it’s capturing all the information, all the data, into one place.”