Perth's historic Piccadilly Theatre will be left untouched while the arcade in which it is located undergoes redevelopment, with the mall’s owners putting a proposal to revive the theatre on hold after the City of Perth refused to financially back the plan. 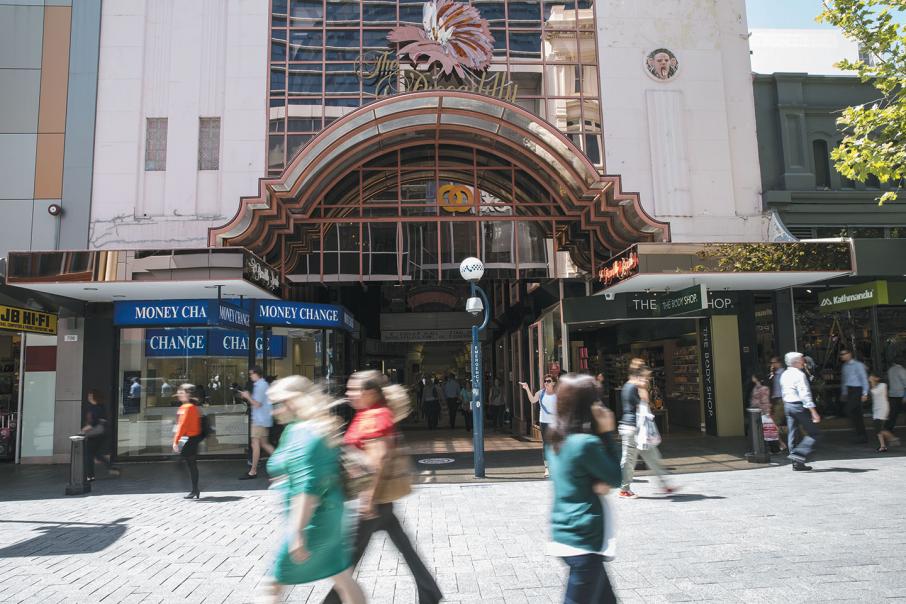 The Piccadilly Arcade is in line for a new look, but its historic theatre is no longer part of the plan. Photo: Attila Csaszar

Perth's historic Piccadilly Theatre will be left untouched while the arcade in which it is located undergoes redevelopment, with the mall’s owners putting a proposal to revive the theatre on hold after the City of Perth refused to financially back the plan.

The theatre had been in line to be reactivated as a performance venue, operated by Mellen Events, but its revival hinged on being backed to the tune of $1.7 million via the City of Perth’s Arts and Cultural Sponsorship program.

City of Perth councillors voted against providing any funding in March, after a rival theatre company lodged a complaint that a sponsorship arrangement would give Mellen Events an unfair advantage over its competitors.

A fresh development application was lodged midway through this month, omitting the theatre component of the redevelopment.

Representing the Piccadilly Arcade’s offshore owners, spokesperson Terry Posma said the new plan, which would cost about $2.5 million, would focus on enhancing the ground floor tenancies and repairing the arcade’s roof and art deco façade, with the option to redevelop the theatre shelved until a later date.

“The reality is, if we can’t get some sort of an agreement with council regarding the sponsorship of the theatre, we won’t be going ahead with that,” he said.

Mr Posma said if the new proposal received approval in coming weeks from the City of Perth development assessment panel, work would likely begin before the end of the year.

But he said he was surprised that City of Perth councillors failed to back the sponsorship of the theatre, after receiving advice that the proposal was well supported prior to the complaint being lodged.

“I find it a bit bizarre, when you consider that you go into the city and it’s still a dead heart in there, even though there are lots of new bars and new facilities, you need something like this to drag people in,” Mr Posma said.

“When you consider there is no theatre there and there are no cinemas, it’s sad, the lack of foresight.

“It was to be a live performance theatre, and the sort of acts that they were going to bring into the city would bring a different cross section of the community than at His Majesty’s, so I think it would have been good.

“I think the owners were pretty pleased with the proposal as well, but it needed everyone to come to the table and at the last minute the council didn’t.”