Funding threat ahead for uni program

A program aimed at disadvantaged youth is at risk of being lost. 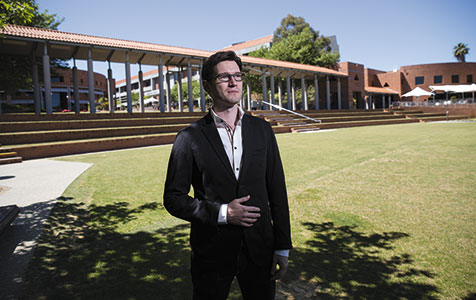 An example is its rowing partnership, which this year involved students from Clontarf Aboriginal College receiving rowing coaching through Curtin’s facilities.

Over the course of the 12-week program, members of the university’s boat club mentored the students twice weekly on the water, followed by one classroom lesson. Outcomes sought included increased confidence, emotional intelligence, self-reliance and overall university readiness.

Another successful outcome of the program was Clontarf Aboriginal College’s qualification for the Rowing WA All Schools State Championships – the first all-indigenous team to do so.

Program coordinator Charles Flodin told Business News the Curtin AHEAD program ran with a budget of $1.3 million for the 2014 calendar year, which was fully funded by the federal government.

However, the government is changing the structure of its funding channel for such programs – the Higher Education Participation and Partnerships Programme – which Mr Flodin said would likely result in decreased funding.

“The $1.3 million has supported numerous programs in school networks across WA,” he said.

“Going forward, as we will not be able to predict incoming revenue, we will most likely scale back our outreach delivery to core business.”

Mr Flodin said that core business would be retaining flagship programs, including the rowing partnership program and star startup projects such as workshops and campus visits.

Curtin had planned to expand the services in the AHEAD program, including into regional areas such as the Wheatbelt, which would need additional funding.

Mr Flodin said the university was exploring ways of securing funding without relying on the federal government.

“There is always room to expand our services,” he said.

“We would like to seek funds for specific program costs such as innovative means of outreach service delivery, mainly the digitalisation of our materials to better reach rural and regional communities.

“We are exploring ways to increase funding and are considering models such as social enterprise that will provide youth employment and offer study support to our student cohort and professional development to their teachers.”

The university has also reached out to corporate partners, trusts, and state and local government with offers to fund specific elements of the AHEAD program.