Funding for homeless up in the air 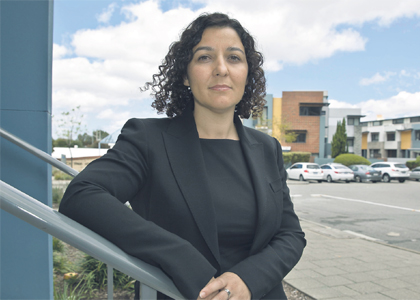 A STATE and federal program to fund the housing and care of home­less people in Western Australia runs out in June next year and its future remains unresolved.

A meeting between state and territory heads of the Council of Social Service held in Perth this week called on state and federal governments to extend their com­mitment to the National Partnership Agreement on Homelessness (NPAH) after the program ends in June next year.

WA Council of Social Service CEO Irina Cattalini said more than 90 per cent of the funding received for WA homeless services came from the NPAH.

If the funding was not continued, homeless services would lose the capacity to support the facilities that have been built under the scheme, Ms Cattalini said.

State and federal housing ministers met in Perth last month but failed to agree on how they should proceed after the program’s conclusion.

The NPAH is a $135 million, four- year program between the state and the federal governments, which con­tracts 71 not-for-profit groups in a bid to reduce homelessness in WA by 7 per cent.

It has so far funded $62 million in capital investment for social housing and paid the wages for the 110 staff working in the 20 programs running the services.

“Homelessness across Australia remains the highest priority of the community sector and it needs to be addressed,” Ms Cattalini said.

“The most effective way to do that is the continuation of the funding of the National Partnership Agreement on Homelessness.”

State and federal housing ministers are due to meet again in Brisbane next month and the COSS has called on them to reach a decision so the sector has certainty and can plan for the future.

Ms Cattalini said the groups were constructing accommodation and they needed to know if they would be able to provide the services for those facilities in six months’ time.

The uncertainty in community services sector was highlighted last week when PricewaterhouseCoopers and the Centre for Social Impact released the bi-annual Community Index figures and the WA auditor-general tabled a report on the progress of the NPAH.

The Community Index showed 80 per cent of Australia’s 60,000 not-for-profit organisations were not confident they could provide adequate services over the next six months.

The auditor-general’s report stated that as of June 30 the state had met co-contribution requirements.

But acting auditor-general Glen Clarke said it was not possible to determine whether the 20 programs operating in WA under the national partnership were meeting their goal of a 7 per cent reduction in homelessness in the state.

“This is partly because information on how many individuals became and remain housed is incomplete and difficult to obtain, and isolating the agreement’s specific impact from other homelessness initiatives and broader economic circumstances is extremely difficult,” Mr Clarke said.

“The ongoing uncertainty over the future of the agreement, beyond mid-2013, risks the people who are delivering the services moving to other jobs and support for homeless people being cut short.”

WACOSS released its Cost of Living Report for 2012 earlier this month, which showed that while the financial position of average households had improved, low-income households were struggling to make ends meet.

According to the report, rental prices rose by 13 per cent last financial year and they now represent 30 to 40 per cent of total household expenditure for low-income families.

Low-income households could only afford rent at 85 per cent below the median rental price.