The state’s first indigenous cultures museum is set to be up and running by 2017 with the help of $50 million from the University of Western Australia’s New Century Campaign. 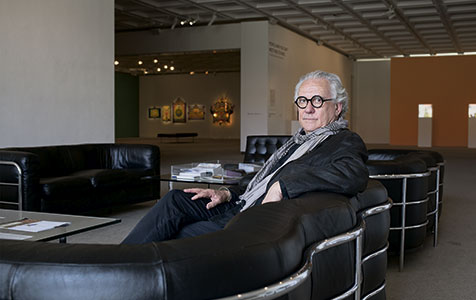 The state’s first indigenous cultures museum is set to be up and running by 2017 with the help of $50 million from the University of Western Australia’s New Century Campaign.

UWA this month launched the $400 million fundraising initiative to celebrate its centenary anniversary, with the money to be used for a range of projects.

Cultural Precinct director Ted Snell said while UWA’s indigenous collection could be seen at the Lawrence Wilson Art Gallery and the Berndt Museum, the limited space meant less than 1 per cent of its entire collection was on public display, with the remaining items kept in storage.

The construction of a new, purpose-built facility would do more than simply provide additional gallery space, however.

“There’s huge potential for it (the museum) to become an internationally renowned centre for study and for research, and there is also the opportunity for the community to come and engage with the quite phenomenal culture of Aboriginal people,” Mr Snell told Business News.

The museum will house 13,500 indigenous artworks, artefacts and recordings, 45,000 historic and contemporary photographs, and will also contain the Centre for Rock Art Research and Management.

Rock art is the oldest surviving indigenous art form in Australasia, and while there are more than 350,000 natural sites across the state, many are in disrepair and are difficult to access.

Additionally, 2,500 Asian and Melanesian items will feature in an Asian gallery in the museum.

Mr Snell said the indigenous museum has taken several decades to reach the development phase due to other university projects having higher priority for funding.

“Universities are not government funded, they’re government supported,” he said.

“To run an institution like UWA, which has $1 billion in turnover in a year, it’s increasingly important to fund that externally, not only from student fees and from government funding, but from the private sector and personal philanthropy”.

UWA started consultations with indigenous groups in 2006 and through these discussions it was decided that the local indigenous community would host the museum, providing employment opportunities, and choose its name.

Other funds from the New Century Campaign will be used to create an engineering zone at UWA, where students and researchers can access state-of-the art facilities, as well as various research projects and scholarships.

The launch of the fundraising initiative coincided with the announcement of a $65 million donation to Western Australian universities by Mr Forrest and his wife, Nicola, a portion of which will go towards the campaign.