Adventure World has become a major tourism attraction during its 35 years of operation, and there are no signs the business is slowing down. 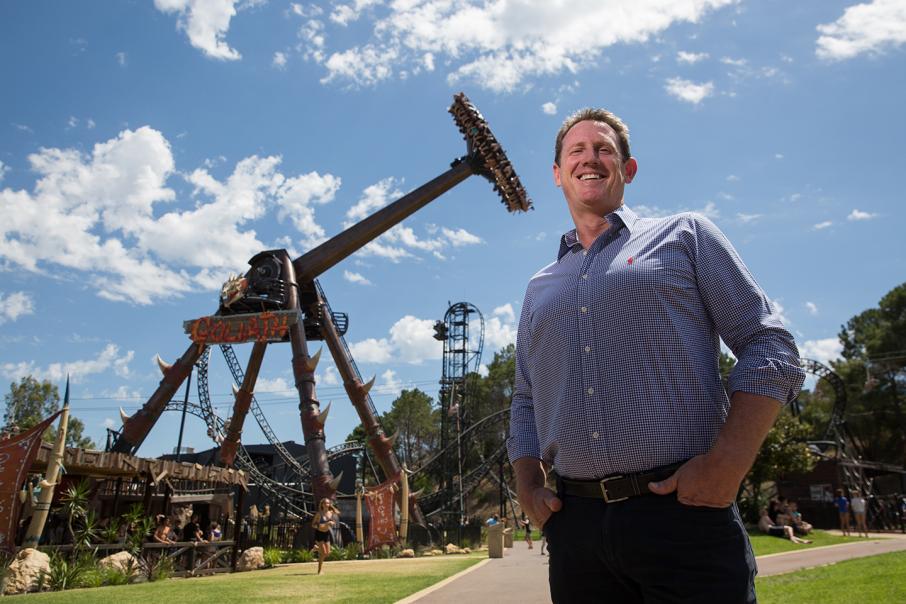 Built on an old limestone quarry at Bibra Lake, the park was founded by local entertainment promoter Michael Edgley, and started with just 12 attractions and a work crew of 100.

The early 1980s were a time when, Luna Park(s) aside, the amusement park business was in its infancy nationally.

On the Gold Coast, which is considered Australia’s amusement park capital, Movie World was still nine years away, Wet ‘n’ Wild two years from opening, and Dreamworld had only been operating for 12 months.

Adventure World has since had a change of ownership and has been in the hands of a private Western Australian family for the best part of 20 years.

During that time, the park has more than doubled its number of attractions to 29 and staff numbers are just short of 450.

Despite the lack of other major amusement parks in the state, with the demolition of the Hillarys Great Escape water park announced last year, Adventure World chief executive Andrew Sharry, who has been involved with the park since 1999, said competition among leisure activities for customers was strong.

As a result, he said the park had a strong focus on planning for the future, investing almost $40 million over the past seven years into delivering a series of rides across the near 200,000 square metre park.

These upgrades had included: the interactive aquatic playground Kahuna Falls in 2011; the $12 million Abyss roller-coaster in 2013, which received a silver medal in the 2014 WA Tourism Awards for best new tourism development; the $7 million tornado waterslide The Kraken in 2015; and last year’s instalment of the large spinning swing Goliath, at an undisclosed cost.

“They demand capital and rejuvenation; you need to continually reinvest to give people a new reason to come, to inspire their imagination. To be a serious theme park, you need to have a serious roller-coaster.

“We’re fortunate that our owners have an intimate understanding of that, developing the park and seeing it grow.”

Mr Sharry said the business planned to continue its major capital spends every two years and was currently assessing several options for its next investment.

“It takes time to develop a project and install a multi-million dollar ride – you don’t just go out and buy it and three minutes later it arrives,” he said.

“It can take years in some instances, so if you don’t have that forward thinking and planning it reduces the likelihood to be successful.

“We’ve also invested heavily in our recruitment processes and training programs. At the end of the day you can have the best roller-coaster in the world but if your operators don’t look after your guests then they just won’t have those good memories.”

Mr Sharry said that, about five years ago, the business had also identified a need to lift its food and beverage standards, and now treated that aspect of its operations as it would a new ride.

“The theme park category typically has a reputation for delivering expensive, low quality, low value for money food,” he said.

“These are multi-faceted businesses and you need to make sure you’re looking at the whole picture.”

Theming was recognised as another area for development, starting with Dragon’s Kingdom, an area for younger children in 2012, with every ride since taking on a persona, which Mr Sharry believed added another layer to creating a better guest experience.

Mr Sharry said while the private business did not disclose yearly visitor numbers, it had experienced growth over the past five years.

“We’re not going to rest on our laurels, we’re going to continue to improve,” he said.

“I’ve seen WA maturing in its understanding of the contribution tourism can make to the economy, to jobs and the like, and I think that’s something Adventure World can contribute to, it’s part of our strategy moving forward.”