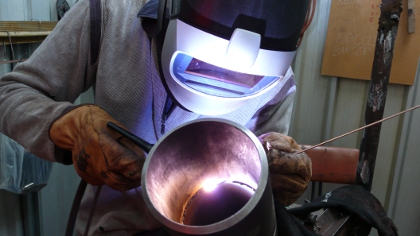 The spate of record earnings reports from Perth-based engineering and construction contractors continued today, and widespread forecasts of further strong growth suggest there is life in the old resources boom yet.

The company paid a final dividend of 10 cents per share, taking its total full-year dividend to 18 cents.

Managing director Jules Pemberton said all of the company's divisions recorded revenue growth and increased profitability over the financial year.

“Conditions for the 2012 financial year were generally very positive with the majority of our order book secured at the commencement of the financial year,” Mr Pemberton said.

“We have grown our workforce to 4,500 people and have commenced or undertaken over $500 million in projects with our indigenous joint venture partners.”

NRW's Civil division saw its revenue spike by 91 per cent to $731.7 million, Mr Pemberton said, while NRW mining revenue rose by 69 per cent on the previous year to $542.2 million.

He said NRW was targeting growth in both revenue and earnings of at least 15 to 20 per cent in FY13.

“ We expect to secure further work in Queensland and currently have a number of tenders pending decision in the region, including with new clients across the LNG sector,” Mr Pemberton said.

“With current tender activity still high and submitted tenders of $4.6 billion, we are confident of not only securing additional works to achieve our targeted growth this year but also to further build our order book for FY14 and beyond.”

Meanwhile, Decmil Group reported a net profit of $39.1 million, an increase of 66 per cent on the previous year, on the back of a 41 per cent jump in revenue to $555.6 million.

Chief executive Scott Criddle said the past 12 months had been a record period of growth and profitability for the company, and he was similarly confident that the good fortune would continue for at least another year.

“We have made real progress in growing our existing relationships with tier 1 operators in the industry and expanding the business from our western Australian roots into a true national business .

“We have also worked hard to increase our exposure to the oil and gas sector, which is a major strategic focus for the company as we look to build on these results in 2013 and beyond.

“With many of the nation's largest LNG projects coming on stream from 2014, our exposure to the sector will be a significant contributor to future revenues.”

Managing director Joe Ricciardo said the result was pleasing in a market which he described as challenging.

“Consistent with its strong track record and reputation, GR Engineering has successfully delivered a number of projects to clients on time and on budget for FY12,” Mr Ricciardo said.

“The company has strong confidence as it continues to transition and roll out its strategy and is striving to realise the consequential financial benefits of that implementation into FY13 and beyond.”

Mr Ricciardo said the company was expecting revenue and net profit growth in FY13 to be simlar to that just reported.

Monadelphous managing director Rob Velletri said earlier this week that there was a strong pipeline of engineering and construction opportunities in WA that would continue to keep workshops busy.

“While there has been some recent market commentary about potential delays and uncertainty of commitments to future new projects, the current crop of approved projects, particularly in the LNG sector, will drive strong demand for the next few years, Mr Velletri said.

RCR Tomlinson and Macmahon were both similarly bullish about the state of their order books.