A local insurance broker and a data analytics specialist have teamed up to offer grain growers the same kind of cover as energy companies and construction projects. 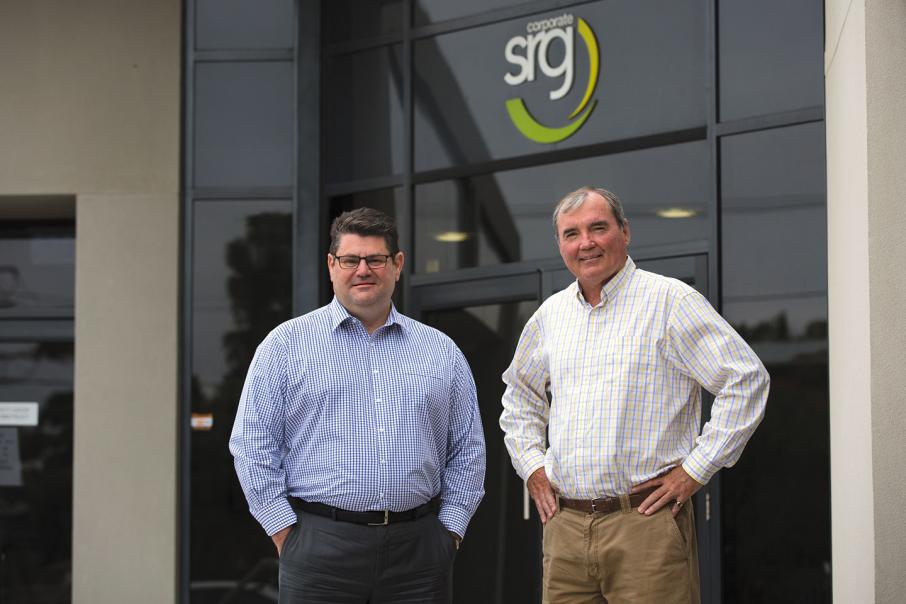 Norm Trethewey (left) and Richard Riddle have brought together their expertise in insurance and data analysis. Photo: Attila Csaszar

A local insurance broker and a data analytics specialist have teamed up to offer grain growers the same kind of cover as energy companies and construction projects.

Western Australia’s grain harvest has broken all records in 2017, but that is small consolation for the farmers who suffered extensive frost damage.

Some grain growers lost 90 per cent of their expected crop when a bout of cold weather hit prime farming land a few hours’ drive from Perth.

SRG Corporate account director Norm Trethewey believes farmers should be able to insure against this kind of weather risk in the same way that energy utilities have been doing for years.

Mr Trethewey said other industries were slowly discovering index-based weather insurance, with a prime example being the novel solution that Roy Hill Holdings put in place in 2013.

“We worked for the best part of 12 months to put that policy together,” Mr Trethewey told Business News.

The Roy Hill policy was taken out when the project was approaching construction activity and therefore at risk of being disrupted by big cyclones.

Its insurance policy tied payouts to the amount of time a cyclone spent in a specified zone and the amount of cyclone-related rainfall across three Bureau of Meteorology weather stations.

There was no requirement for Roy Hill to prove any loss or damage from the cyclone, with the indemnity based purely on the performance of the agreed cyclone and rainfall indices.

The same kind of cover is now available to grain growers after Mr Trethewey joined up with data analytics expert Richard Riddle.

Mr Riddle heads software firm Data into Profit, which developed a web-based application, Crop Manager, that allows grain growers and others in the farm sector to collect and analyse all sorts of data affecting their business.

“Our role was to combine all of the data and present it to the farmer so they can make better decisions,” Mr Riddle told Business News.

To date, farmers wanting to protect against weather risk have used multi-peril insurance, which has been marketed in various guises since the mid 1970s.

“The trouble with multi-peril insurance is that because it covers all risk, and all losses, it is far more expensive than any other form of insurance, and the grower has to prove how much they lost,” Mr Trethewey said.

“It just ends up in a bunfight.”

“We’ve been talking to growers who looked for years at multi-peril crop insurance or standard fire and hail insurances and thought what a waste of time and money that is,” Mr Trethewey said.

“And then their mates who have bought it and had a claim ended up in an argument with an agronomist who says you only lost 20 per cent of your yield, not 40 per cent.”

Mr Riddle, along with his business partner, has set up a new company called Arquus to sell index-based weather insurance.

Arquus has recently been certified as a corporate authorised representative of SRG, working under its financial services licence.

Mr Riddle and his partner have started marketing the ‘Protect and Prosper’ policy to farmers, while SRG will be responsible for putting together the coverage.

One was the growing appetite of underwriters for alternative asset classes, in light of the low yields on traditional investments.

Second was the enormous amount of detailed and localised data Mr Riddle has obtained on rainfall, temperatures, crop yields, and so on.

“That is the real intellectual property that Richard and his business partner have been able to bring to the table,” Mr Trethewey said.

“Nobody in the past has been able to present the growers with that factual profile that says ‘these are your frost years and this is what caused it’.

“Calculating the incidence of frost has been a challenge and that puts us in a unique position.”

Mr Riddle said the insurance cover could be tailored to suit the needs of each farmer.

“You tell us how much rainfall you want, when you want it to fall, and how much you want to get paid if that doesn’t happen,” he said.

Farmers can also specify the type of cover they want.

“Nobody would have taken rainfall insurance, the only thing that could have tripped them up was frost.”

He said weather insurance helped farmers de-risk their business and allowed them to continue investing in their property. 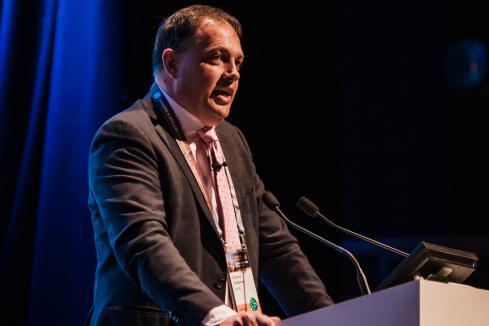