Fringe World Festival recorded a drop in box office sales, despite higher attendance, as it wrapped up its 2020 season last night. 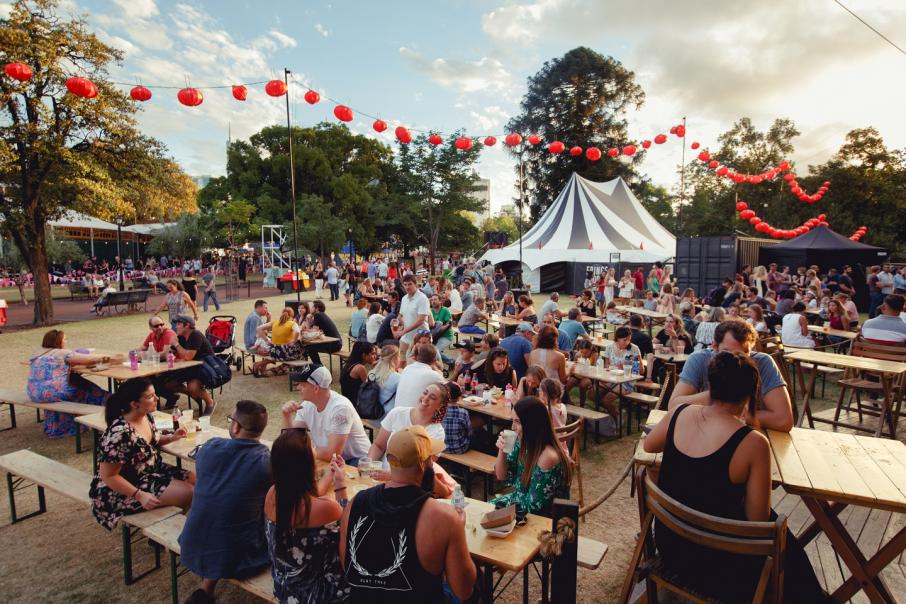 Ticketed attendance at the festival is estimated to have increased by 31,000 this year. Photo Dan Grant

Fringe World Festival has recorded a drop in box office sales, despite higher attendance, as it wrapped up its 2020 season last night.

“The box office result also reflects that the 2020 festival did not have an extended season, whereas in previous years some of the larger shows like La Soiree or A Midnight Visit ran for an additional week outside of the official festival dates." 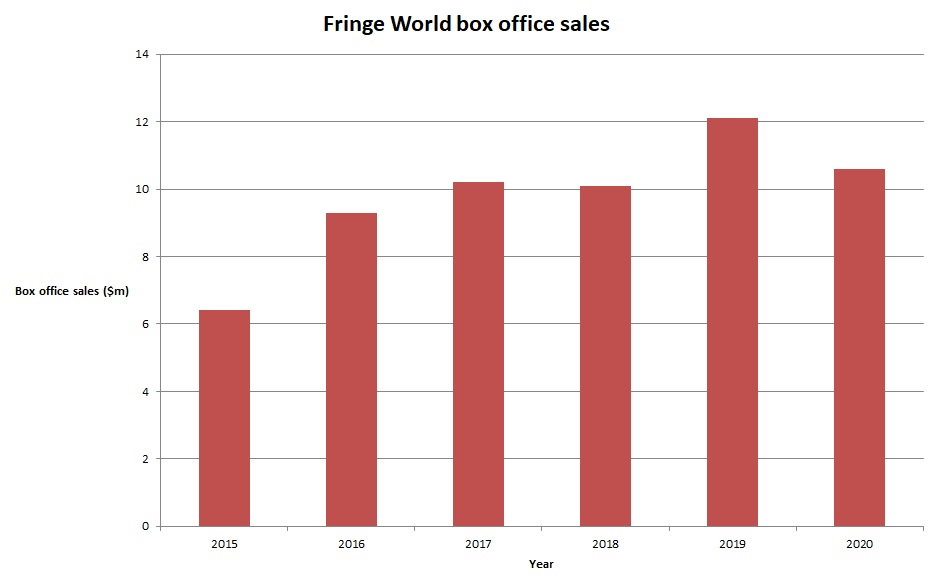 Fringe World festival director Amber Hasler said she was pleased to see the magic of fringe continued to spread across all ages and genres.

“We are especially happy to see the growth in our attendance numbers and welcome those who discovered the Fringe fun and frivolity for the first time this year,” Ms Hasler said.

It was the first festival under the leadership of Artrage chief executive Sharon Burgess, who said she was impressed by the massive community support for the festival and encouraged by the positive response from participating artists.

“It was a pleasure to lead the organisation’s renewed focus this year on audience growth including a Tourism WA-supported campaign to attract international visitors,” she said.

“Further growth in audience diversity and attendance will continue to be my focus moving forward alongside increasing year-round opportunities, collaborations with other like-minded organisations and strengthening partnerships.”

The Festival Awards were presented last night with musical performance Shahnameh: Songs of the Persian Book of Kings by Kate Pass Kohesia Ensemble winning the Martin Sims Award for the best new Western Australian work destined to succeed on the world stage.

The group received a prize of $10,000 and will be offered touring opportunities to help build their career.

Theatre comedy show 30 Day Free Trial by Charlotte Otton and Andrew Sutherland won the Blaz Award for the best writing for performance by a WA writer.