The City of Fremantle has recommended the refusal of an eight-storey mixed-use development on McCabe Street, citing concerns over scale and height. 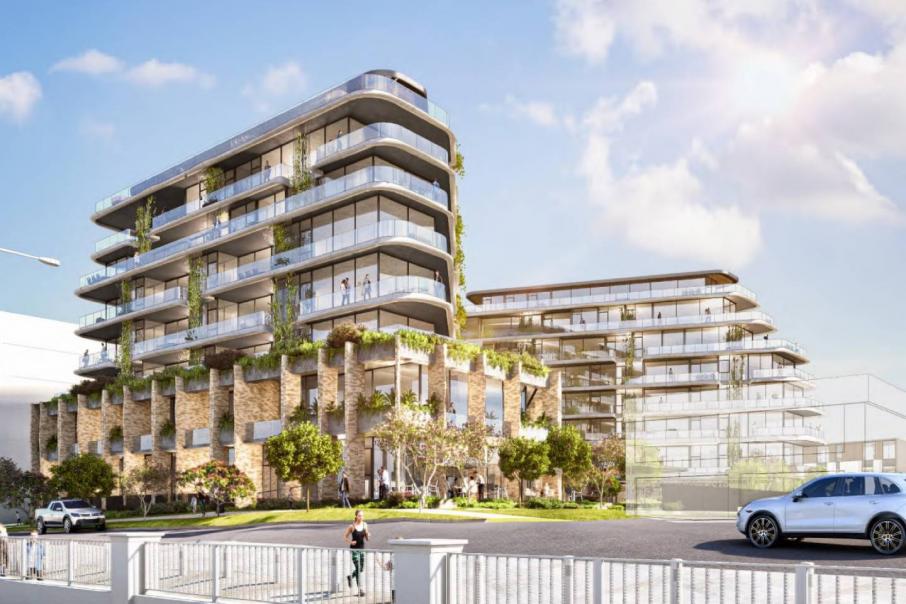 The City of Fremantle has recommended the refusal of an eight-storey mixed-use development on McCabe Street, citing concerns over scale and height.

Western Australian-based property developer Megara has lodged a development application for a mixed-use development for 19-21 McCabe Street in North Fremantle - an 8,058 square-metre site that abuts the boundary of the Town of Mosman Park.

The development plans also include 244 car bays, as well as more than 100 bike bays, with 1,212sqm dedicated for community/public use space at ground level and intentions for a 314sqm tenancy to be taken up by a deli, provedore or café.

The City of Fremantle’s Responsible Authority Report (RAR) has recommended the Metro Inner-South JDAP refuse the development application when it meets tomorrow.

The City of Fremantle’s reasons for refusal include concerns over the development’s height and scale, which it said was inconsistent with planning policy and would be detrimental to the amenity of the area.

It also stated that the proposed development was incompatible with the scale of development immediately adjoining and within the locality and that it did not reflect the existing or desired future scale of the local area.

However, the site falls within a development zone that is yet to be governed by a structure plan.

A clause within the City of Fremantle’s scheme outlines provisions that a decision maker for a development application may still progress the application – without an approved structure plan – if the proposed development doesn’t; firstly, conflict with the principles of orderly and proper planning; and secondly, doesn’t prejudice the overall development potential of the area.

One party opposed to Megara’s plans argued in his presentation that if the project was approved, it would result in “complete destruction of privacy” for adjoining owners on Riversea View, Mosman Park – the street that sits directly behind 19-21 McCabe Street.

The “massive bulk and height”, the presentation noted, was out of scale for the area.

Proponents pro the development argue that eight-storey buildings would not be out of context in relation to the scale and character on what had been approved on neighbouring sites along McCabe Street.

Siskas is under construction, with expected completion August 2021.

“I have no issue with the overall height as it fits into the current and future development expectations,” Mr Zborowski said in his presentation notes within the JDAP agenda.

“We understand that the neighbour has worked hard to reduce any impact on our building regarding overshadowing and access to light, especially when compared to a ‘compliant’ four storey proposal. This provides us the opportunity for a best practise environmental design in the future.

“The neighbour has taken us through the numerous community benefit outcomes for the proposal and in we note the access to the public open space at the rear is significant, as we currently have no access to it.

“This access, along with the pedestrian and street upgrades proposed in the officer alternate recommendation, will provide considerable improvement to the amenity of our future residents and will help stimulate development in the area.”

The JDAP will make a decision on Megara’s proposal tomorrow.