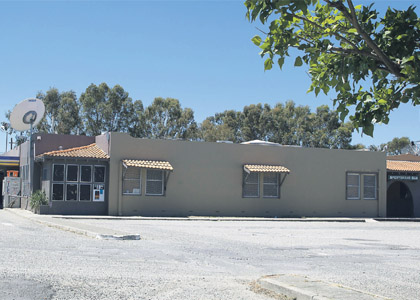 THE Coolbellup Hotel is set to become the latest local watering hole consigned to the history books, with the owners of the pub planning to construct a $40 million apartments project in its place.

The proponents of the development include a quartet of Fremantle footballing identities -former Dockers Matthew and Josh Carr and Brad Dodd, as well as Essendon and East Fremantle hero Tony Buhagiar.

The former footballers feature as company officers and shareholders on ASIC company extracts for a number of privately held companies, which own the land the hotel sits on, as well as a separate bottle shop on the southern portion of the town centre site.

Mr Buhagiar has also owned and operated a number of establishments across the metropolitan area, including the Leopold Hotel in Bicton and The Chase Bar & Bistro in Baldivis.

One of the companies, Coolbellup Hotel Pty Ltd, submitted its proposed Coolbellup Town Centre Structure Plan to the City of Cockburn earlier this month.

The plans cover not only the Coolbellup Hotel site, but the whole of the town centre area.

The proposal calls for high-density residential development on the northern portion of the site, where the hotel is located, allowing for up to 148 apartments.

Matthew Carr is also a director of construction and development firm Urban Capital Group, which lists the $40 million project as being in the planning stage on its website.

According to the site, Urban Capital Group will take on all aspects of project management, including procurement, design, management and construction of the apartments.

The plan is also understood to include a small retail and hospitality component but the current hotel will not be retained.

The City of Cockburn expects the redevelopment of the hotel site to spark a widespread revamp of the Coolbellup Town Centre.

The city first began investigating the idea of redeveloping the town centre in 2001, when it engaged the Departments of Housing and Planning to undertake a joint study for the under-utilised site.

Further investigations by urban planner Syme Marmion & Co in 2007 resulted in the council seeking feedback from the community and landowners, which was undertaken between November 2008 and January 2009.

The council decided in July 2009 that the financial risks were too great to acquire the land or to proceed any further with any redevelopment, instead deciding to encourage landowners to self-fund further improvement plans.

The structure plan lodged with the council earlier this month is designed to enable landowners to progress redevelopments without the reliance on other strata titleholders in the town centre area.

State development agency LandCorp has also been busy recently in Coolbellup; with the launch last month of the 4.7-hectare residential subdivision The Primary, which is being developed on the old Coolbellup Primary School site in partnership with Lend Lease.

LandCorp has sold all 58 single housing lots at The Primary, with further information regarding 25 to 30 apartment and townhouse dwellings to be made available once developed in the new year.