More than $2 million is expected to be spent at businesses in and around Fremantle over the Easter long weekend as a direct result of the Fremantle Street Arts Festival. 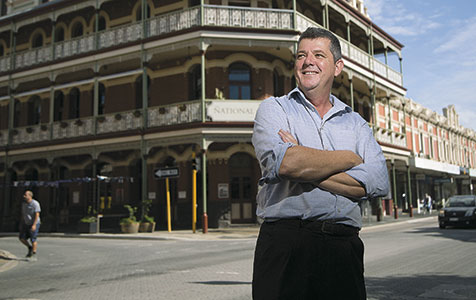 Alex Marshall has been working with local businesses to ensure this weekend’s Fremantle Street Arts Festival is a success. Photo: Attila Csaszar

More than $2 million is expected to be spent at businesses in and around Fremantle over the Easter long weekend as a direct result of the Fremantle Street Arts Festival.

The annual festival – the largest on Fremantle’s community entertainment calendar – will feature about 35 performances each day from 20 artists.

The City of Fremantle runs the festival and estimates that 100,000 people will visit the city and attend various performances. The figure is based on past research and methodology, which includes analysing parking data.

The research also indicates up to $3.75 million will be spent at local businesses, $2 million of which will be by the 53,000 people expected to travel to Fremantle specifically to attend festival events.

Festival coordinator Alex Marshall told Business News there was a significant degree of buy-in on behalf of local merchants, with value of sponsorship from local businesses of about $80,000 this year.

The council funds most of the festival costs via $125,000 in cash and a further $158,000 through in-kind support, while EventsCorp has contributed $80,000 per year as part of a three-year agreement.

Rydges Hotels in Western Australia general manager David Bornmann said that, in previous years, the Esplanade Hotel had been fully booked out over the weekend.

Its bar and two restaurants also experienced a significant increase in trade.

Mr Bornmann said the hotel had continued to be a major sponsor of in-kind support for the festival because of the benefit it brought both to the Esplanade Hotel and the city as whole.

“It’s certainly made a big difference for us both with accommodation and food and beverage … it brings in a lot of people to the Fremantle CBD and they obviously take the time to have an extended break,” Mr Bornmann told Business News.

Sponsoring the festival has also had a positive impact for the Esplanade Hotel in terms of brand recognition in the past; in 2012, more than one quarter of festival attendees were aware the hotel was a sponsor.

The National Hotel, which reopened in December, has also come on board as a sponsor and has obtained an extended liquor licence so it can create an alfresco beer garden.

Chief executive of Carnegies International, which owns the hotel, Karl Bullers, said the beer garden was expected to increase the hotel’s daily patronage by up to 350 people per day.

In addition to increased sales, he said the festival was an opportunity to build the hotel’s brand after a long closure.

Mr Marshall said there would be an international flavour to the event this year, with the majority of artists in this year’s festival from overseas, which was helping expand the scope of artistic talent.

Not surprisingly, therefore, the majority of the budget was spent on artist fees, airfares and accommodation, he said.

This year the Fremantle Arts Centre will host a number of acts Mr Marshall said would otherwise be in danger of being lost in the melee of street acts along South Terrace.

“A couple of the acts that we’ve brought over are very delicate, poignant acts … it’s the sort of thing that would get lost in the brashness of South Terrace when the festival’s heaving,” he said.

“We’re really looking at the furthest reaches of street theatre as possible and exploring that, but we’re also keeping a foot firmly planted in the busking culture that we’ve come from.” 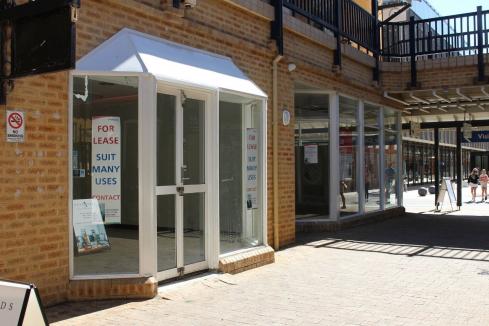