DESPITE trade volumes falling at Fremantle Port in recent months, complaints about delays at the wharf by members of the Customs Brokers and Forwarders Council of Australia (CBFCA) suggest efficiency has not improved as expected. 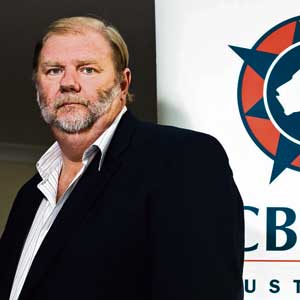 DESPITE trade volumes falling at Fremantle Port in recent months, complaints about delays at the wharf by members of the Customs Brokers and Forwarders Council of Australia (CBFCA) suggest efficiency has not improved as expected.

Some customs brokers and freight forwarders (and the importers and exporters on whose behalf they work) are suggesting stevedores at the wharf are not providing adequate service, although port infrastructure has also come in for criticism.

CBFCA regional manager John Park said his members were feeling the pinch, and delays at the wharf were not helping their bottom lines.

"In general discussions with members over the last months, their business is down by anywhere from between 15 and 30 per cent, which is reflected in the port's statistics, which are down by about 17 per cent," Mr Park told WA Business News.

He said there shouldn't be delays.

"Our members still experience difficulties at the waterfront and that is a bit concerning given that volumes are down, but they are not as bad as what they had been over those Christmas periods," Mr Park said.

"With volumes down freight should be moving freely off the wharf but administrative or mechanical breakdowns have impacted on our members.

"It beggars belief that some of our members still experience these types of delays."

"They can't serve the industry, they don't respect road transport as a customer, their customers are the shipping lines so the road transport industry is treated like crap," Mr U'Chong said.

"My simple analogy to whoever asks the question is, if you went to a restaurant and made a reservation two days in advance, so I'm talking about the wharf, and you got there at 8 o'clock and didn't get served till 10 o'clock at night, would you go there again? Probably not."

Mr U'Chong said his staff had experienced delays of up to three hours during the past week, a pattern that had occurred for almost two months.

"I'm a road transport operator and it affects me immensely, because you can't plan," he said.

"Basically, the ultimate customer is saying, 'why should we be paying the detention [fee] at the wharf when there is a downturn in the economy?'

"My background is you go for world's best practice; we're not even coming near it here."

"The real issue is the infrastructure of Fremantle Port," Mr Thornett said.

The CBFCA WA regional convention in May will provide a forum for members and other stakeholders to address this and other problems.

"It's essential that, even though business may be slow at the moment and people want to manage their costs, you can't forego the opportunity to be kept up to date on the legislation and operational changes that impact upon their day to day business," Mr Park said.