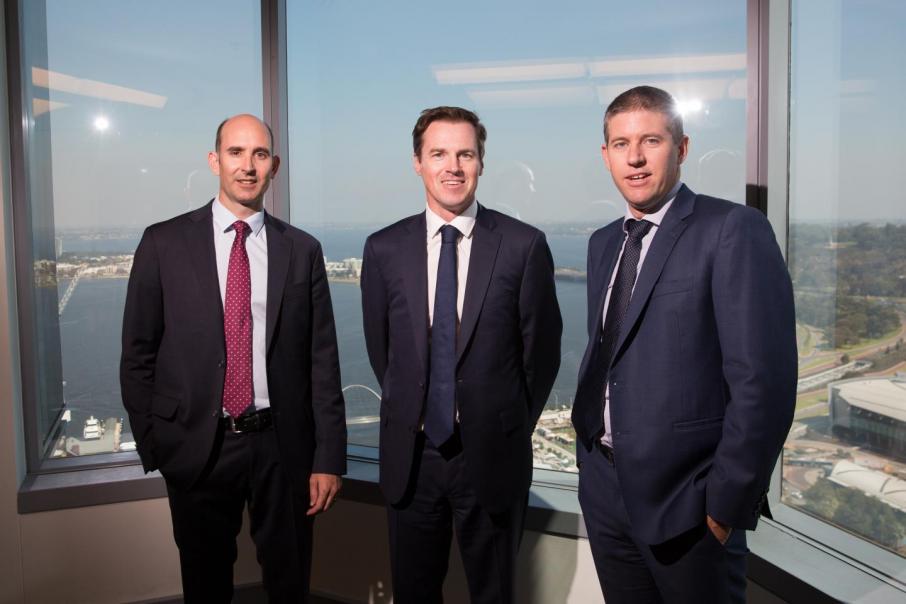 Natixis will acquire a 52 per cent shareholding in Azure Capital, with the firm’s eight partners retaining the balance.

The sale marks a major change for the firm, which is ranked in the BNiQ database as Perth’s most active M&A adviser over the past decade (see below).

Managing partner Adrian Arundell said Azure would continue to be managed independently by the current partners.

He would continue as a director with Simon Price and Richie Baston while Natixis would also have board representation.

The deal’s main attraction was Azure’s ability to tap into the global network established by Natixis, which includes majority stakes in six boutique advisory firms.

“It’s a very unique model these guys have set up,” Mr Arundell said.

“They have a great network with top quality boutiques that are leaders in their markets.

“We’ve got access to that network but without giving up our independence and autonomy.

“I didn’t think we could find someone who could tick all those boxes.”

Mr Arundell said Natixis was keen to support Azure’s growth, and this would include establishing a Sydney office this year.

Three Perth staff, including one Perth partner, would transfer to Sydney, and Azure was on the lookout for lateral hires.

“We want to move up,” Mr Arundell said.

Azure was established in Perth in 2004 and the prominent ‘deal makers’ who were there at the start have moved on – Mark Barnaba and John Poynton have moved to new roles and Geoff Rasmussen passed away.

Mr Arundell acknowledged the importance of Azure’s founders but said the business was still performing well, with 2018 one of its best.

“We are here today because of what they built initially but our reliance on any individuals has dissipated,” Mr Arundell said.

“We have eight partners and an even contribution.”

Azure’s leading position in the WA market has been highlighted by the BNiQ database, which commenced in 2010.

It shows Azure has advised on 73 M&A transactions (worth $7.7 billion) over that period, more deals than any other firm.

It was just ahead of Macquarie Capital, which advised on 70 transactions, albeit with a much larger value ($67.8 billion).

Mr Arundell said Azure first made contact with Natixis a year ago, when it started working with China-based Vermillion – one of six boutiques in its network.

Mr Arundell said Azure also came across Natixis when it was working on debt and equity deals.

“They kept on appearing on our list of people wanting to do deals in Australia.”

Mr Arundell said he has subsequently met with most of the boutique firms and was excited by the opportunities that would flow.

The investment by Natixis is expected to be completed by the end of the second quarter of 2019.

In parallel to the investment in Azure Capital, the existing Azure Consulting business will be separated as an independent firm owned by its four partners, led by Robert Radley.

Azure Consulting will retain its current brand and continue to be co-located.

Natixis is a subsidiary of Groupe BPCE, one of France’s largest financial groups through its two retail networks, Banque Populaire and Caisse d’Epargne, and among the 30 largest financial institution’s globally.

It has had a presence in Australia since 2007.

“Our unique M&A model is designed to combine the strength of Natixis with the entrepreneurship of our boutiques and is an important pillar in our strategy of enhancing the diversification, specialization and agility of our business for the benefits of our clients,” Mr Riahi said.