Built by convicts in the 1850s, the warders’ cottages in Fremantle are expected to sell for a total of $8.2 million. 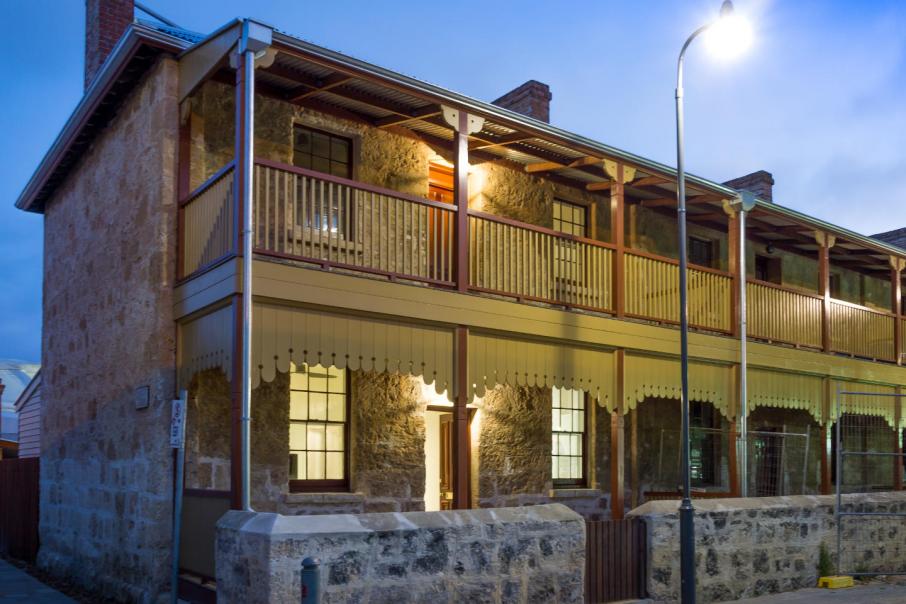 The Warders’ Cottages were listed for sale in late 2016, the first time in 165 years. Photo: Colliers International

Built by convicts in the 1850s, the warders’ cottages next to Fremantle Markets are expected to sell for a total of $8.2 million.

The sale of the 15 limestone cottages, grouped into three stand-alone terraces and occupying a total land area of 3,544 square metres on Henderson Street, was negotiated by Colliers International and listed on the market in late 2016 – the first time the properties were offered for sale in 165 years.

The properties were valued at $730,000 before the state government invested $3.4 million for conservation works, service upgrades, subdivision and pre-sale planning.

Warders 1 was put on the market with an asking price of $2.8 million and had since received multiple offers and was now under contract and expected to settle in 2018.

Prison officers and their families occupied the properties until the closure of Fremantle Prison in 1991 and prior to listing, the cottages were owned by the Heritage Council of WA .

“The new buyers will ensure a new lease of life for these character properties and the intended uses for Warders 1 and 2 will also add to the vitality of this popular Fremantle precinct.”

The cottages were the first major beneficiaries of the Heritage Revolving Fund, which is managed by the Heritage Works team in the Department of Planning, Lands and Heritage.

Other recipients of the fund include the former Coogee Hotel and adjacent Post Office, also located in Fremantle, which are now under offer and will net an 88 per cent return on investment following conservation works and feasibility planning, according to a state government announcement issued today.

The financial returns from the sales of the Fremantle warders’ cottages, Coogee Hotel and Post Office will be returned to the fund to restore, reactivate and dispose of more government heritage buildings in metropolitan and regional locations, with future projects currently in the planning phase.

In addition to the $7 million available for investment in heritage projects, the fund is helping the budget repair task, with $2 million returned to Consolidated Revenue as per the terms of the original seed funding ($4 million over two years).

A substantial distribution will also be directed to Main Roads Western Australia as the seller of the Coogee Hotel.

"The program works because it reduces the risk to potential buyers of heritage properties and helps them understand how these places can be adapted for contemporary use,” he said.

“In return, asset values are enhanced and profits are made to reinvest into new projects.

"With one-third of places listed in the State Heritage register owned by the state government, this program enables us to lead by example and transform heritage places for the enjoyment of current and future generations."