Creating a tourism precinct on the southern side of Fremantle Port has again been floated as a possibility, after the City of Fremantle put out the call for government and private sector support for its next wave of development opportunities. 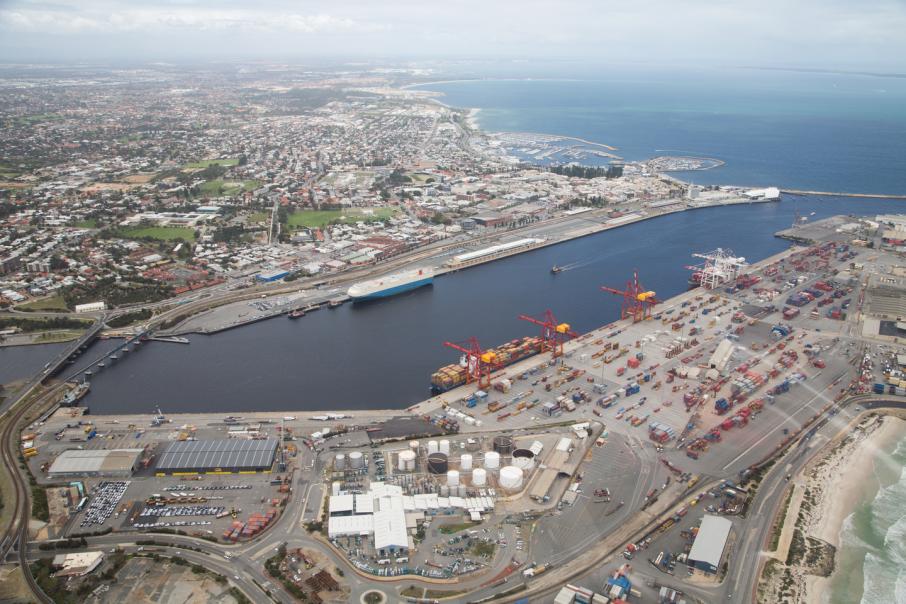 The City of Fremantle is keen on unlocking underutilised land on the south side of Fremantle Port, with non-tourism operations shifted to the north side, pictured in the foreground. Photo: Attila Csaszar

Creating a tourism precinct on the southern side of Fremantle Port has again been floated as a possibility, after the City of Fremantle put out the call for government and private sector support for its next wave of development opportunities.

Fremantle council last night unveiled its Port City Priorities, which include creating a tourism precinct at a section of the port known as South Quay, as well as developing a community and sporting hub at Fremantle Oval.

At South Quay, the City of Fremantle has proposed for non-tourism operations to be progressively moved to the north side of the harbour, to open up 15.7 hectares to create the tourism precinct.

The city said its research showed South Quay had the potential to attract up to $3.5 billion in private investment and create more than 3,700 jobs.

Included in the proposal would be an improved entry statement for cruise passengers, and a redeveloped railway station forecourt, while Fremantle council expects the state government could reap up to $946 million over 20 years in land sales, stamp duties, land tax, payroll tax and GST returns.

“We have a new airport and a new river gateway at Elizabeth Quay, now we need a redeveloped world-class ocean entry point to showcase WA,” Fremantle Mayor Brad Pettitt said.

“South Quay is not only a gateway into Fremantle, but the first impression cruise ship passengers have of Western Australia – which in its current form is a massive temporary car park and a poor use of prime land, which delivers a substandard tourism experience for the 150,000 cruise ship passengers and the local community.

“With the cruise ship industry booming and record numbers arriving in Fremantle, including the Ovation of the Seas yesterday, South Quay could become a high-quality integrated commercial and tourism precinct which better connects the passenger terminal to the city centre and leaves a much better impression of Fremantle.”

Mr Pettitt called on the state government to make the redevelopment of Fremantle Train Station a priority in the short term, while also urging it to begin the planning process to relocate the port’s non-tourism operations.

Creating a tourist and commercial precinct at the southern part of Fremantle Harbour has also been a priority of Fremantle Ports, which in 2013 enlisted Fremantle-based architecture firm CODA Studio to develop three different precinct plans for Victoria Quay, which is directly adjacent to the South Quay area, to the west.

ING Real Estate abandoned a $350 million redevelopment plan in 2011, with its project after the institutional investment group’s funding arrangements fell through during the GFC.

ING had planned to create a 30,000 square metre, seven-storey mixed-use commercial and office development at Victoria Quay, with the proposal first floated in 2007.

At Fremantle Oval, the city has called for the state government to contribute to the upgrade of the precinct by unlocking crown land within the area, after the Fremantle Dockers AFL team relocates to its new facility in Cockburn.

Plans for a redevelopment of the oval have been in the works since September 2014, with old WAFL rivals South Fremantle and East Fremantle expected to share the facility.

A business plan for the oval’s redevelopment has been completed and master planning is under way, but the City of Fremantle said it required state government support to achieve an integrated, precinct-style development.