Fremantle Octopus hopes a new trap and some extra cash will propel its business into a much broader marketplace. 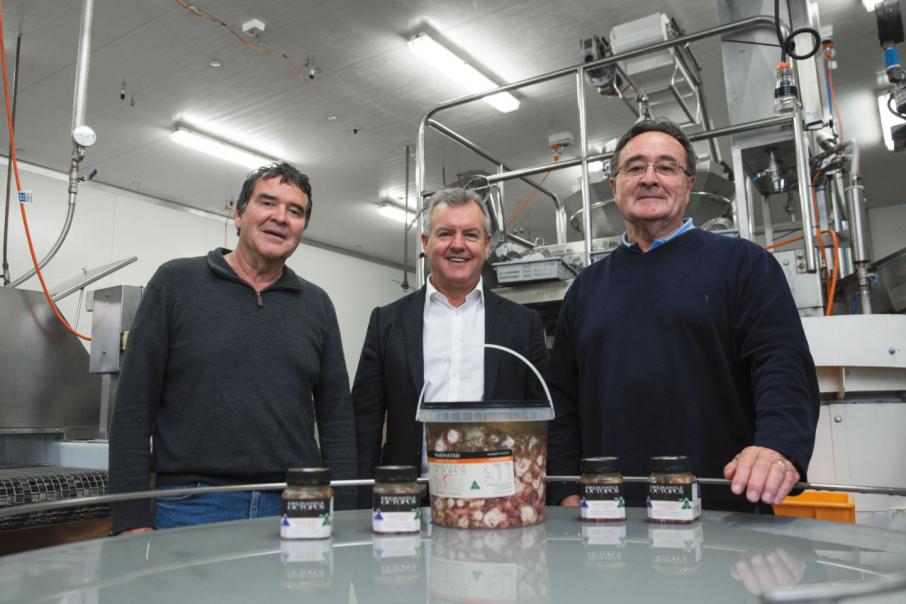 AN innovative technique for octopus fishing that provides greater catch and cost efficiencies is a key part of agribusiness Fremantle Octopus’s planned expansion in Western Australia and interstate.

Fremantle Octopus was established in 2002 by brothers Ross and Craig Cammilleri, and has already grown significantly in the years since, now holding most of the licences in the Western Australian octopus fishery.

“The interesting stat around the trigger trap that makes the whole fishery commercial is that it can actually catch octopus at a five times higher rate than what was used previously,” Mr Andrew said.

“By increasing those catch rates, the very vast fishery that is just off our coast becomes commercial.

“That’s the intellectual property and the technology that really underpins what Fremantle Octopus is about.”

One benefit of moving to the trigger trap, according to the company’s offer document, is that the octopus is the only species with the strength and curiosity to activate the snare.

That makes the trap species-specific.

Further, once an octopus is caught in the trap, it becomes safely enclosed, meaning less loss to predators.

He said the business was the biggest player in WA, with the market changing in recent years as it was moved from a developmental fishery to a managed fishery in 2015.

“In some ways it’s a new industry; a lot of the licences that exist aren’t being fished, so one of the objectives for the company is to get all licences fished either (themselves) or with others fishing the licences and selling the product to Fremantle Octopus.”

There were opportunities for moving into interstate fisheries and in New Zealand, according to managing director Glenn Wheeler, with plenty of potential demand from overseas markets.

“Our biggest export market is the US,” said Mr Wheeler, who joined the business last year.

“We can’t catch enough octopus to supply them.”

Moving into other states was another option, with few having properly developed octopus fisheries.

The Department of Fisheries estimates the sustainable catch limit in the fishery is between 1,000 and 2,000 tonnes annually, while the current haul is closer to 250t annually, according to Fremantle Octopus.

That leaves a lot of room for growth, with the company’s prospectus suggesting it has a near-monopoly position for production in WA.

“We’re looking at all manner of things, (like) the way octopus are caught,” Mr Wheeler said.

“The fishery itself is still in the early stages of development; that leaves a lot of opportunity for people who want to go octopus fishing.

“Once they catch the octopus they need the market for it; we’ve created a local, national and international market for these fisherman.”

Prior to that, he founded the Permanent Building Society, which was one of a number of financial institutions to collapse in the early 1990s.