A more efficient freight network is a key priority for the state government, but upgrading the status quo requires a big spend and some complex solutions. 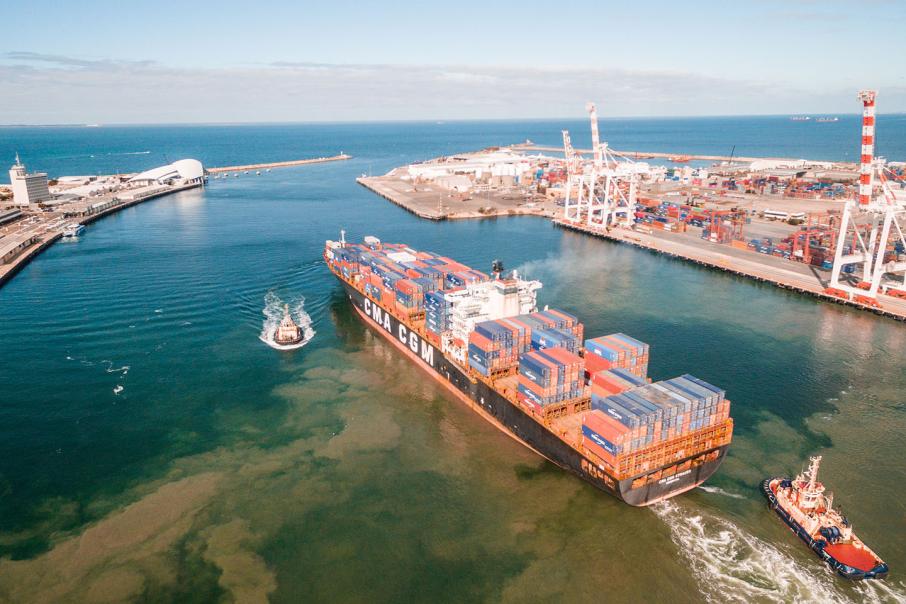 Access to Fremantle Port is a key focus for the state government, but not its only priority for more efficient freight movements. Photo: Gabriel Oliveira

A more efficient freight network is a key priority for the state government, but upgrading the status quo requires a big spend and some complex solutions.

The bushfires that tore through the south-east of the state at the beginning of 2020 neatly illustrate the significant challenges involved with maintaining Western Australia’s freight network.

Road trains were parked, travellers were left stranded and motorists were turned around as the only link to the eastern states, Eyre Highway, was closed for 12 days.

While the efforts of firefighters ensured the situation did not result in long-term major consequence, Freight and Logistics Council of WA chair Nicole Lockwood said the bushfire emergency highlighted the fragility of the state’s connections to the rest of the country.

“We are, particularly for heavy vehicles, totally reliant on where those roads exist,” Ms Lockwood told Business News.

“If we look at the cost of the infrastructure we already have and the size and scale of the state and our ability to connect to the other states, it isn’t practical to build alternative routes to avoid these things. 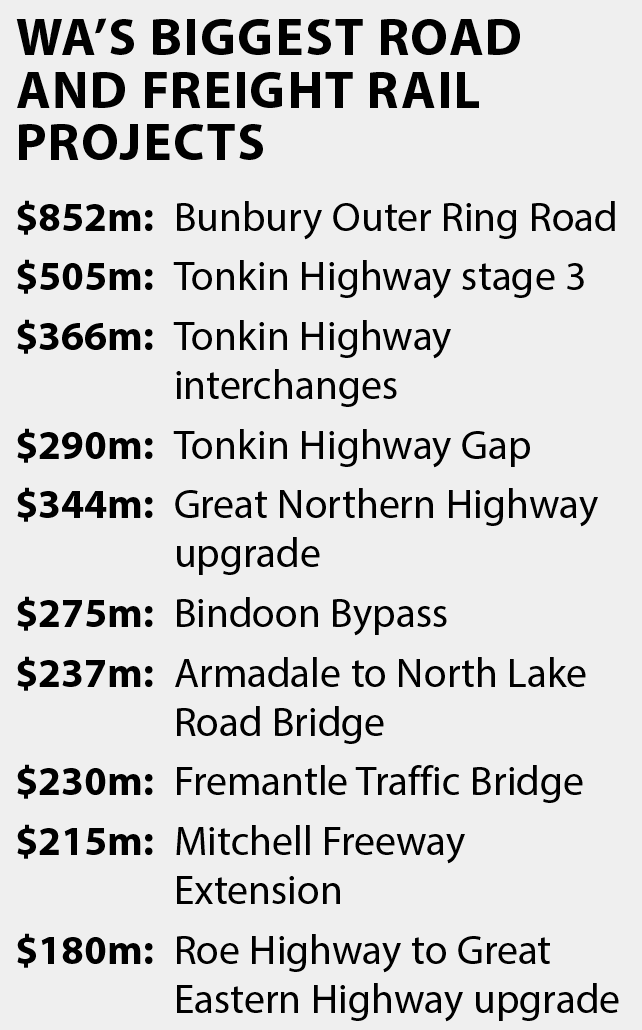 “But it is important to make sure that when we do build, they are built with resilience in mind.

It’s something that potentially will be given a little bit more thought in the wake of what has happened.” 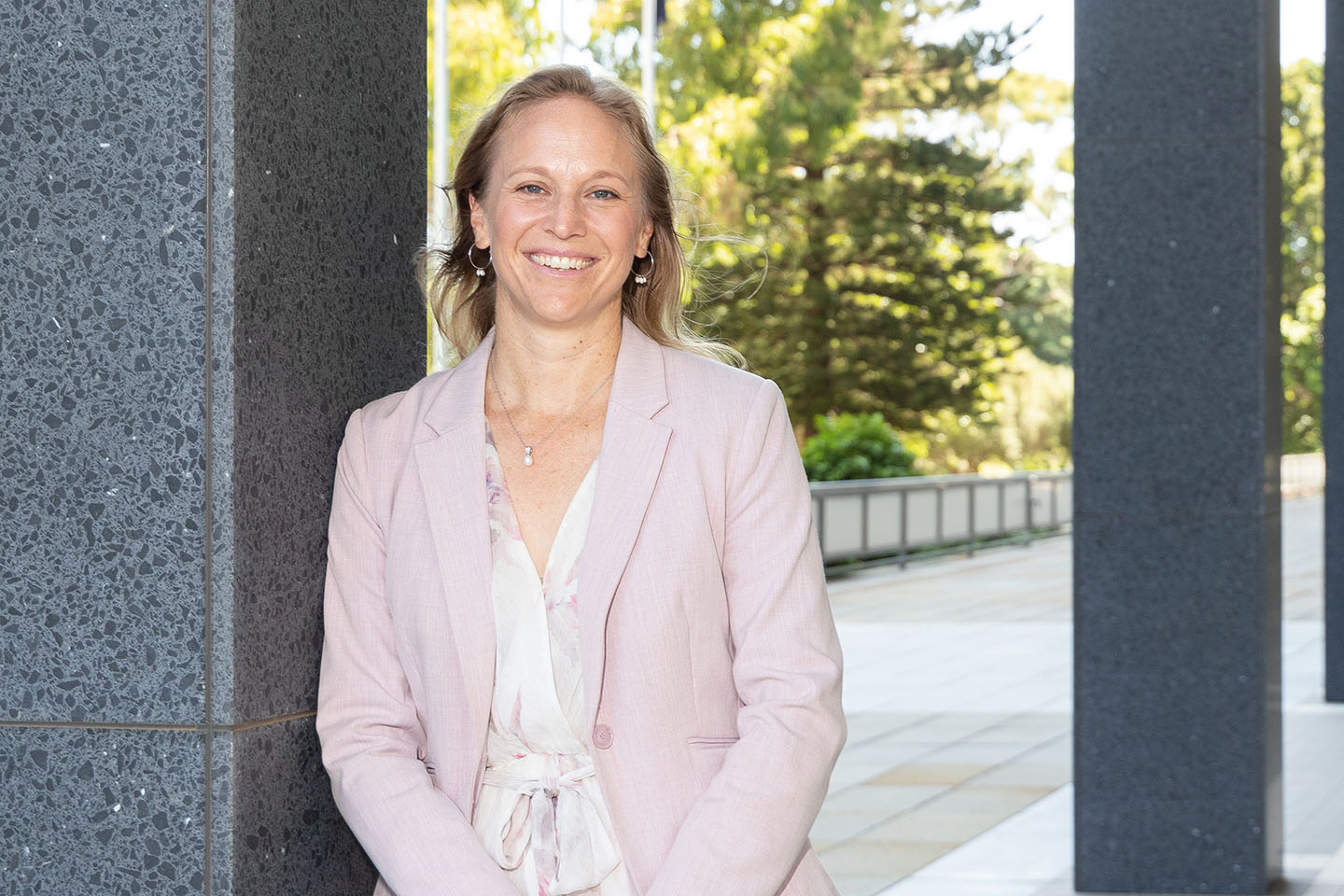 Metronet may be the big-ticket item on the state government’s agenda, but Premier Mark McGowan and his team are also investing heavily to upgrade road and freight rail networks around WA, with more efficient freight among the top priorities.

At Fremantle Port, the government is attempting to move past the divisive Roe 8 debate with its dual-pronged strategy to improve access to Fremantle Port, despite efforts from the state Liberal Party to put the issue firmly back on the agenda ahead of next year’s election.

Midway through last year, the state government announced it had reached its target for more than 20 per cent of container freight to be taken to Fremantle Port by rail in 2018-19, with a subsidy increase resulting in a 30 per cent rise in the number of containers travelling to the port by train.

“The freight-on-rail policy is really about getting more out of the current assets, which I think everyone will agree is the right way to use our infrastructure,” Ms Lockwood said.

On the roads, Georgiou Group recently began work to upgrade a crucial intersection for port access: the often-congested junction of Stirling Highway and High Street.

A new roundabout is being installed to improve traffic flow, carefully designed to lessen the risk of truck rollovers, part of a $118 million suite of works that started in January.

Jointly funded by the state and federal governments, the High Street upgrade is expected to create about 700 jobs.

Closer to the port, the state government committed to a $230 million upgrade of rail access in its 2019 budget, with plans in motion to rebuild the ageing Fremantle Traffic Bridge.

The new bridge was listed as a national priority by Infrastructure Australia, with the upgrade to allow freight trains to cross the river at the same time as passenger rail.

In addition to the current upgrades, the state government is considering its options around whether to keep Fremantle as WA’s main import-export terminal.

Ms Lockwood also heads up the Westport Taskforce, which was established in 2017 to determine a plan to best manage freight demands for the next 50 years.

In August last year the taskforce unveiled a shortlist comprising three options for a new port at Kwinana, and two shared Kwinana-Fremantle options.

Ms Lockwood said the taskforce was finalising its assessment of the shortlist and preparing to provide a suite of recommendations to the state government on its next steps.

“From our point of view, we have had a very clear focus around the freight network, so we have come up with the options that we think, over the long term, provide the best reliability for freight growth, mindful of the scale of investment and how long that investment is going to create capacity for,” she said.

Ms Lockwood said the Westport Taskforce had focused its efforts on understanding the impacts of each of its options on the local environment and the communities surrounding the proposed development areas.

“In doing the comparative analysis, we’ve removed the options that will have the most impact, and we’ve been left with the options we think are now manageable in terms of impact,” she said.

“If the government proceeds to the next stage, the work needs to be done on the approval itself, but also working through opportunities to build resilience in that area and really start to understand how that ecosystem works and how the community wants to interact with that environment going forward, so that the two uses can co-exist.

“Any build, it doesn’t matter what you’re building, there is an impact.

“That’s just the reality, you are changing the environment.

“So we have to be upfront about that and we can’t say we won’t do anything. We will make a change.

“What we are trying to ensure is that the change, overall, doesn’t make it any worse.”

Fremantle, however, is not the only focus of state government plans to upgrade Perth’s freight transport networks.

Main Roads Western Australia’s road network upgrades are being undertaken on a priority basis, with the eastern freight corridor a key congestion hotspot being addressed.

Other major projects include the $852 million Bunbury Outer Ring Road, more than $600 million worth of upgrades to the Great Northern Highway, and a $237 million bridge to link Armadale and North Lake roads.

Civil Contractors Federation WA chief executive Andy Graham said the portfolio of transport works had been a much-needed boost for a local construction sector still reeling from the slowdown in resources-based building works.

However, Mr Graham said more could be done to ensure local contractors secured a fair share of the contracts on offer, rather than multinational firms.

“In WA we are blessed with amazing local capacity; our local contractors are world-class, but we do see the need for government contracts to be structured with that local capacity in mind so the locals get a fair go,” Mr Graham told Business News.

“The local contractors have the capability but typically they don’t have the balance sheet to handle billion dollar-plus contracts.”

Mr Graham said there were several big-ticket opportunities he considered perfect for de-bundling to ensure local participation, including the $275 million Bindoon Bypass on Great Northern Highway, and the $415 million initiative to remove level crossings along the Midland and Armadale passenger rail lines.

“There are often options where an infrastructure project can be quite neatly de-bundled to give more opportunity for the locals,” he said.

“Probably the pressure point for government comes when inevitably you have more contracts, you need more contract managers, and there is an issue with internal resources where Main Roads and PTA as the major transport authorities have got huge budgets to spend, but haven’t really got the internal capacity they need.

“We understand with the budget repair mantra there has been pressure to keep a cap on the public service, but in this regard, spending more money on having some more project management and contract management capacity within government we think would have a huge payoff for a sustainable industry locally.”