Perth-based startup Bustle is aiming to simplify the process of doing business in the freight transportation industry via an online marketplace accessible through an app. 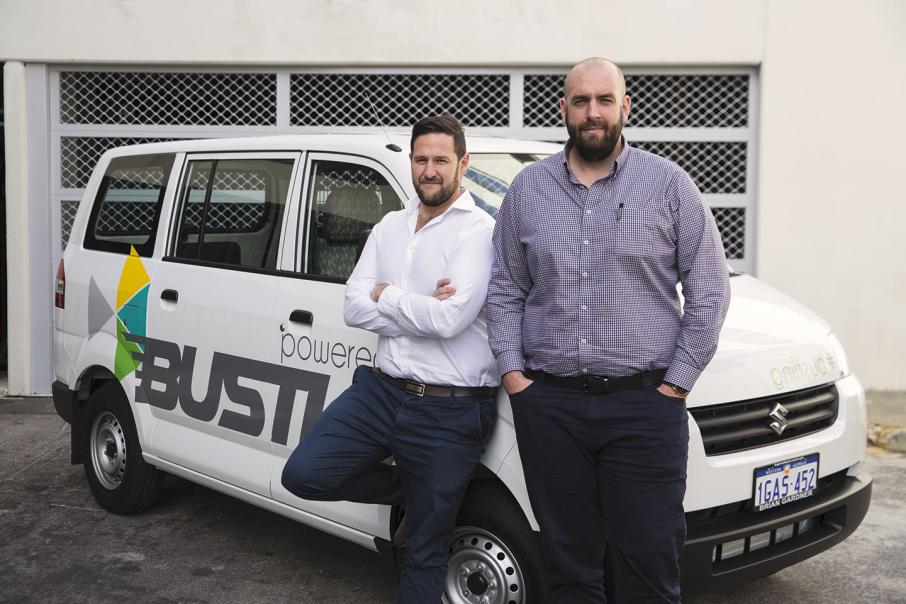 Perth-based startup Bustle Supply is aiming to simplify the process of doing business in the freight transportation industry via an online marketplace accessible through an app.

Co-founder Michael Holden said the app consolidated the functions of a transport company, linking users directly to drivers, by posting freight tasks drivers could then bid on. The customer-controlled platform effectively enabled users to ‘take control of the supply chain’.

“Juggling subcontractor management, customer service, invoicing, proof of delivery, tracking, (the app) ties it all into one and spits it out the other end,” Mr Holden told Business News.

“It connects the users directly to service providers and removes the layers.”

Using the app model gives a series of benefits over traditional freight companies, Mr Holden said, through lower overheads, and reduced capital costs for rolling out upgrades, which could be delivered digitally without recalling drivers.

Letting the invisible hand do its work in the market based on supply and demand gave users the ability to make trade-offs around pricing and timing, depending on urgency, he said.

Mr Holden said Bustle additionally gave users power to select drivers who had appropriate credentials for a task, varying between minimal, for delivery of something like flowers, to quite extensive standards for business applications.

Drivers are contracted, much like with Uber, with work covering from the so-called fast-moving consumer goods market through to engineering, construction and procurement, he said.

About 60 such drivers are registered so far, with vehicles ranging from cars to semi-trailers.

Revenue is generated through a 10 per cent cut on each trip, while Mr Holden said payments were forwarded to drivers within 48 hours.

Mr Holden said there would be a significant increase in the value of freight moving on the nation’s roads in the decade ahead.

That made improving utilisation of transport assets vital, he said, with the team at Bustle planning to make some inroads into markets outside Perth.

First up on that front will be the eastern states, where teams are being built in preparation for a roll-out of the platform in coming weeks.

There has been additional interest from New Zealand, the US, Middle East and euro area, Mr Holden said.

Additional services will roll out over time, like a market for mechanic-type work such as tyre replacements or windscreen wipers.

That would help operators of large fleets who could then easily collate and compare quotes for work needed on cars.

Bustle will have some competition in the freight market, however, including from the consumer-focused Uber product, Rush.

Other Perth startups with a freight focus include SmartTrans Holdings, which has developed scheduling software for freight tasks and can transparently track deliveries.

Founder Steve Orenstein said the company used a network of independent contractors across Australia that could flexibly work whenever they’re available, through logging into an app.