Freehills prevails in a shrinking market 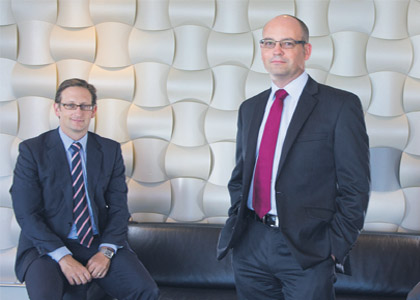 THE past 12 months was a lean time for lawyers working in the corporate finance field, with a slump in both takeover deals and capital raisings.

Nearly all law firms in Western Australia reported a fall in both the number and value of transactions they worked on.

In this challenging environment it was the state’s largest law firm - Herbert Smith Freehills - that fared best.

That put it just ahead of King & Wood Mallesons, which worked on 18 transactions worth $7.03 billion.

The WA Business News survey found that the total value of WA-related corporate finance transactions fell by 40 per cent, to $33 billion.

This mirrored other national surveys, which also reported a large decline.

The slide in deal value was particularly stark for a few big law firms, most notably Allen & Overy, which topped the 2011 survey.

In that year it worked on deals worth $21 billion, a result greatly boosted by its connections with prolific acquirer-turned-take-over target, Equinox Minerals.

A notable feature of Freehills’ performance was that it ranked at or near the top in both mergers and acquisitions (M&A) and equity capital markets (ECM).

In the M&A segment, Freehills worked on 17 announced transactions worth $6.38 billion.

The most significant was its work for Marubeni and POSCO, which were part of a group of four investors that paid $3.2 billion for a 30 per cent stake in Hancock Prospecting’s Roy Hill iron ore project.

It was matched in the M&A segment by Mallesons, which worked on 17 deals worth $6.97 billion.

This included providing support to Chevron’s in-house legal team, on an asset swap under which Chevron exited the Browse gas project in return for increased equity in gas fields in the Carnarvon Basin.

The value of this transaction has not been disclosed, but WA Business News has estimated it was worth about $2.7 billion, based on the announced value of two other Browse deals involving Woodside and BHP Billiton.

Freehills partner and WA Business News 40under40 award winner Simon Reed said the level of activity was at or near the lows recorded during the GFC.

“It’s getting much harder to executive M&A deals.”

While this created a challenging market, he anticipated this could benefit Freehills relative to its competitors.

Freehills also ranked number one in the value of ECM transactions, with 15 deals worth a total of $1.14 billion.

It also worked on the only IPO of any great note last year - the $75 million Calibre Group stock market float.

In terms of value, Freehills’ nearest rival in the ECM segment was Ashurst (formerly Blake Dawson).

In terms of deal count, Steinepreis Paganin remained the market leader by a very large margin.

It worked on 55 capital raisings worth $324 million, which equated to an average deal size of $5.9 million. This reflected its specialist focus on small-to-mid-cap companies wanting an efficient and cost-effective service.

G+T ranked number six in the survey, helped by its work on several large M&A deals. It advised Rockwood Holdings on its unsuccessful $705 million bid for Talison Lithium and Silver Lake Resources on its successful $426 million acquisition of Integra Mining.

K&L Gates was the ninth ranked law firm. It also worked on a handful of large M&A deals, notably CGA Mining on its $1.1 billion merger with Canadian company B2Gold Corp.