Fraud across the board 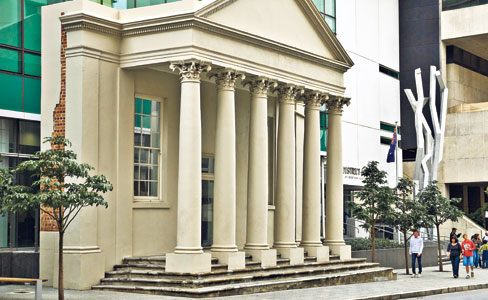 In many cases, fraud hits small and medium-sized businesses and is remarkably easy to perpetrate.

That is the picture that emerges from the tracking of fraud cases brought before the courts in Perth.

Recent court cases also reveal an alarming pattern of repeat offenders, such as Thelma Gail Wilson and Melinda Gnanapragasam, who have been able to gain employment in trusted positions despite having prior convictions for fraud.

In one recent case, a 39-year-old Ellenbrook woman has been charged with 345 counts of stealing as a servant, one count of fraud and one count of money laundering.

Police allege the offences were committed while she was employed as a contract bookkeeper for a Perth training institute.

The charges covered a three-year period from 2006 to 2009 and involved the theft of $1.9 million from her employer.

In a second case, a 46-year-old Bindoon woman was charged with 40 counts of 'gains benefit' by fraud.

Police allege the offences were committed while she was employed as an administration manager for a Bullsbrook-based company.

Just this week, the major fraud squad charged a 20-year-old Willetton woman with 62 counts of stealing.

Police allege she stole just more than $50,000 while working as an office clerk for Big W Riverton.

The major fraud squad has encouraged employers to obtain police clearance certificates before taking on new employees in finance roles.

They have also urged employers to commence this process early in the piece, before they settle on a candidate.

Employers are also advised to get potential recruits to complete an affidavit, stating they are not subject to any charges, are not on bail and have not changed their name.

While many fraud cases target businesses, there are even more cases that arise because businesses are not sufficiently careful with their handling of personal information.

As a result, they put their staff and customers at risk of identity fraud.

"We know of instances where organised criminals are paying accomplices' money for every document they find from rummaging through the bins on business premises," Mr Price said.

"The goal is to find personal financial details for use in identity theft."

Half a million Australians have been victims of identity fraud at an estimated cost of $1 billion, the Australian Bureau of Statistics reported last year.

By tracking major frauds over $100,000 that had come before the courts, it found $321 million had been scammed in Australia during the 12-month study period

In Western Australia it found 19 cases of corporate fraud costing almost $17 million over an 18-month period.

Commercial businesses were the most common victim and management the most successful perpetrator.