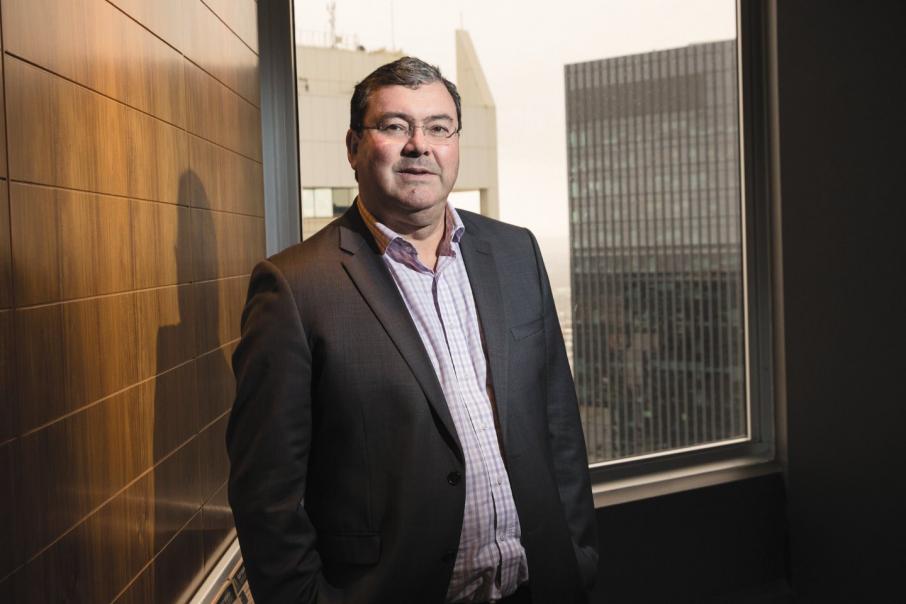 The state government's moratorium on fracking is the latest hurdle for onshore energy hopefuls in the Perth Basin, in an environment beset by low oil prices and a lack of confidence in capital markets.

The temporary ban, which was flagged prior to the March election and will remain in place while the government undertakes an independent scientific inquiry, was one factor behind the decision by Whitebark Energy, until recently known as Transerv Energy, to enter the Canadian market.

Transerv had been pursuing gas at the Warro field, 50 kilometres east of Jurien Bay, in an unconventional drilling campaign that met with mixed success, given joint venture partner Alcoa took a $52 million impairment on the project in January.

Whitebark director Stephen Keenihan said the moratorium would just add to the time it might take to get the project up and running, which already compared unfavourably with projects in Canada.

"(The moratorium) is very frustrating and it creates uncertainty for the market, for people working in the industry," Mr Keenihan told Business News.

"Our costs in Australia are high enough without these uncertainties being thrown at us.

"We can drill wells in Canada, a horizontal well, admittedly only to 2,000 metres, and that whole process would cost about $2 million, well approvals might take you 12 weeks.

Even without a moratorium, approvals usually took at least 12 months, Mr Keenihan said.

For now, Whitebark's Perth Basin efforts will be focused on retesting wells previously drilled at Warro and watching the results at the Xanadu prospect in the northern part of the basin, where it will be earning in a 15 per cent interest.

When the result of the parliamentary inquiry comes in, Mr Keenihan said he felt it would find in favour of fracking.

"The inquiry will undoubtedly go through its paces but if it is truly a scientific inquiry, and it is objective, then it's hard to believe that they'll come up with any substantive concerns," he said.

"What we do is tried and tested, we've done it on four wells now and clearly shown that there isn't any impact whatsoever.

"We've got a track record, and if they do come up with a surprise finding it'll be based on something other than scientific evidence

"We'll probably end up with another layer of approvals and regulation which is not warranted and will just add to costs."

Business News understands at least one business involved in the onshore sector has had a multi-million dollar financing deal fall over due to the increased risk associated with onshore drilling in the fallout from the moratorium.

Compounding the problem for the state government will be the Australian Energy Market Operator's December 2016 WA gas statement of opportunities, which warned exploration in the sector was at its lowest since 1990, with a potential risk of a shortage as feedstock dries up.

Chamber of Minerals and Energy of Western Australia manager of natural resources Kane Moyle said environmental approvals for projects should be assessed on merit.

He said the government's policies on fracking, which additionally included a permanent ban on fracking in Perth and the South West, had affected activity.

Mr Moyle said there had been 14 state and Commonwealth government inquiries into fracking in the past four years, all of which determined the practice could be appropriately managed.

Although Mr Moyle said he didn't believe the inquiry was necessary, he understood it was an election promise and called on the new government to come to a quick resolution.

Conservation Council of Western Australia director Piers Verstegen criticised an earlier parliamentary inquiry, which was concluded in 2015, which he said had ignored major areas of concern.

"We are confident that an independent inquiry which undertakes proper community consultation will identify serious risks with gas fracking and support the push to see it banned across Western Australia," Mr Verstegen said.

"The preliminary report from the Northern Territory inquiry currently running highlights a range of major risks that highlight how damaging gas fracking could be if it were allowed here in WA."

He said community confidence in the industry was undermined by low regulatory standards and a lack of trust in regulators.

Mr Verstegen said gas companies had taken a commercial risk investing in onshore exploration, because they had assumed they could overcome community opposition.

"The McGowan government was elected with a clear mandate to ban fracking in the South West and apply a moratorium across the rest of the state," he said.

"Gas companies investing in exploration where communities have expressed strong opposition to fracking do not have a social licence to operate."

CME's Mr Moyle stressed that companies wanted to operate as good corporate citizens, but said the regulatory framework and long timeframes associated with moving through the process created uncertainty.

Mr Moyle said the slow pace of native title negotiations and the unpredictability of outcomes needed to be addressed, while a planned governmental review of Aboriginal heritage was timely.

Further to this, Mr Moyle warned that proposed moves to broaden the federal government's approvals power regarding water policy to include shale and tight gas projects would be a further impediment to the sector.

Investment house Argonaut deputy chairman Eddie Rigg, who has been involved in the industry more than two decades (including as a co-founder of drilling outfit Enerdrill), said the situation in onshore oil and gas was disheartening.

"As a person who is passionately interested in developing the natural resources in WA for the benefit of the people here, and who's been involved in funding a number of companies and also the drilling company (Enerdrill), it's quite demoralising, the lack of activity in the state," Mr Rigg told Business News.

The oil price, and market sentiment towards it, were part of the problem, Mr Rigg said, and it was very difficult for companies to raise capital.

"You combine that with the massive overregulation, the red and green tape, the seemingly powerful position environmentalists have been able to achieve in WA when there's absolutely no evidence of environmental problems – it gets close to being impossible to put together a work schedule because you have no confidence you can get your approvals in place," he said.

At West Perth-based Enerdrill, where Mr Rigg is a director, the work schedule is drying up, with the company's number three rig to drill AWE's Waitsia and Norwest Energy's Xanadu wells in the next few months.

Further drilling campaigns have not been flagged, however.

Enerdrill was getting squeezed hard by clients, Mr Rigg said.

"The operators are just pushing our prices down to a level which is not sustainable; it's something Enerdrill is going to address," he said.

"We either get a decent fee or we won't drill any more."

But Mr Rigg said there were still a lot of positives for oil and gas in the basin.

"We've got this massive discovery, the Waitsia field, what should be happening is an absolute boom in activity," he said.

Additionally, the domestic gas price for WA was less correlated with oil markets, and as such was reasonably strong.

Waitsia, for example, would have a $1 a gigajoule all-in sustaining cost, while the gas price was more than $6 a gigajoule.

"There has to be some recognition in the capital markets that this is a pretty prospective place to drill.

"We also need the department to remember what they're supposed to do (encourage development)," he said.

However, Mines and Petroleum Minister Bill Johnston said the inquiry was important because there was a social licence issue for the industry.

"Any policy or regulatory changes will be informed by the work of the scientific inquiry," Mr Johnston told Business News.

"The moratorium and scientific inquiry on fracking are necessary.

"This is an opportunity to ensure policies are informed by science, which is the approach both sides have been calling for.

"It is expected the outcomes of the (previous) parliamentary inquiry will contribute in some way to the scientific inquiry.

"However, the primary focus of this inquiry will be scientific.

"The McGowan government appreciates the importance of the onshore petroleum industry, but to succeed it needs social licence and science-based regulation."