Fracking has future for tight gas

With science increasingly giving hydraulic stimulation, or ‘fracking’, the thumbs up, the practice could be used to unlock enormous amounts of tight gas in WA. 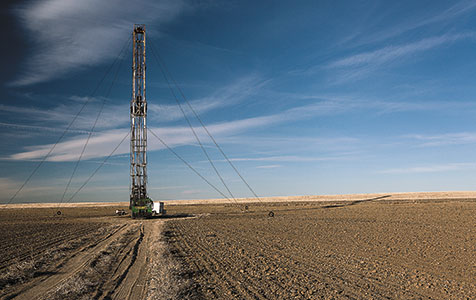 With science increasingly giving hydraulic stimulation, or ‘fracking’, the thumbs up, the practice could be used to unlock enormous amounts of tight gas in WA.

Western Australia has enormous potential for development of shale and tight gas resources, according to Mines and Petroleum Minister Bill Marmion, but industry and government will need to engage stakeholders to ensure the state will benefit from their production.

Making use of such resources relies on a special technique known as hydraulic stimulation, or fracking, in order to achieve flow from very deep or difficult formations.

Concerns about that technique have meant some groups have already moved to oppose the industry in the state, including the Lock the Gate alliance and Frack Free Geraldton.

On the east coast, moratoriums have been placed on fracking in both Victoria and New South Wales due to community concerns about the process.

This is despite firming scientific evidence that the practice has a role to play in energy production, most notably from the United States Environmental Protection Agency.

“(The) EPA report was exhaustive, taking four years and including information from 950 sources, and emphasises that hydraulic fracturing is overwhelmingly safe,” Mr Marmion said.

The US body had plenty of material to work with, with more than 1 million wells drilled in the country since the process was first used in the 1940s.

“Since 1958, WA has had over 600 wells fracture stimulated, so the process is not new or unique,” Mr Marmion told Business News.

“In fact the NSW chief scientist did an 18-month study of coal seam gas and fracking in Australia and overseas and concluded (last October) that it was a ‘low-risk’ extractive process and that the industry had the experience and the expertise to safely manage the risks,” Mr Wright said.

The fracturing process involves pumping a mix of water, sand and some chemicals into reservoirs deep underground, causing fractures in the rocks and enabling trapped oil or gas to flow to the surface.

The process is also used in the renewables industry in some geothermal electricity operations, where water is pumped underground to be heated and returned to the surface to drive turbines.

Mr Marmion said the average hydraulic fracturing process lasted between one and 10 days.

One of the key arguments against fracking relates to its impact on water quality, with activists raising concerns about potential pollution, both from gas leakage or from the chemicals used in the pumping process.

“The fluid used in hydraulic fracturing is 99 per cent water and sand and is easily treated with modern treatment processes,” Mr Marmion said.

“In terms of safety, it has been likened to the water in the average backyard or public swimming pool.”

With regard to leakage, Mr Marmion said that given the depth of gas deposits, such fields were separated by several hundreds or thousands of metres of dense rock from potable aquifers.

“New regulations in place since July 1 2015 are among the world’s most stringent, with particular focus on well integrity and baseline water monitoring,” Mr Marmion said.

“Internationally recognised minerals and energy law expert Tina Hunter has identified (the Department of Mines and Petroleum) as one of the world’s top three regulatory organisations.

“Dr Hunter has said she believed DMP had taken seriously her recommendations made in a review she was commissioned to undertake in 2011 relating to shale and tight gas activities in WA.”

She was heavily involved in the drafting of the new regulations, Mr Marmion said.

The Energy Resource Information Centre’s Mr Wright said some in the industry felt regulations were among the tightest in the world.

“This is not because there have been terrible incidents, which have prompted need for tighter regulation, but simply because people have demanded greater reassurance and governments have been inclined to give it to them,” he said.

“The industry goes beyond what is required by law.

“It chooses to take extra precautions because it wants to maintain public confidence in its practices.”

Further criticism has come from farmers who have concerns about the impact on their land.

But Mr Marmion said protections were in place for landowners.

“Under law, petroleum companies must secure a land access agreement from farmers and landowners to conduct proposed activities on their land,” he said.

“This consent can include agreements concerning compensation.

“The state government is currently working with peak industry body APPEA and WA’s three major farming and horticulture groups to establish a land access agreement template, which will guide landowners in negotiations with petroleum companies.” Most recently, the Department of Mines and Petroleum chose a preferred applicant for exploration permits in the South West, Chinese company Unconventional Resources.

Unconventional will now undertake negotiations with holders of native title, and will have to submit thorough plans before it undertakes any such drilling.

“The state’s approvals process includes DMP and other government agencies, such as departments of water, environment, parks and wildlife, health and EPA, which all consider … regulatory requirements, and every activity is assessed on its own merit,” Mr Haworth said.

Previously fracking has been used on Barrow Island and offshore in the Bonaparte Basin, while more recently it has been part of Buru Energy’s strategy in the Canning Basin.

Buru negotiated an agreement with the Nookanbah community for four tight gas wells last year, although it was later criticised by another traditional owner group for its handling of the discussions.

It has selected contractors for major services in the program.

Perth Basin players Transerv and AWE would also use fracking to produce in fields such as Warro, about 70 kilometres north-east of Jurien Bay.

Mr Marmion said the state had enormous potential for the development of gas sourced from shale and tight rocks, with reserves across the Midwest, Pilbara and Kimberley regions.

“Initial estimates suggest WA could hold up to 190 trillion cubic feet of recoverable shale gas, enough to supply state gas needs for around 400 years,” he said.

“By comparison, the North West Shelf project has remaining reserves of about 17 trillion cubic feet, which means there is growing potential for natural gas from shale and tight rocks to play a crucial role in WA domestic gas supply.”

To make use of that potential, government and industry representatives agreed careful management of relationships with stakeholders such as farmers would be necessary.

Benefits in particular could flow to traditional landowner groups, providing deals are undertaken in a consultative, respectful way.

This could be aided by reduced opportunities in some other commodity markets.