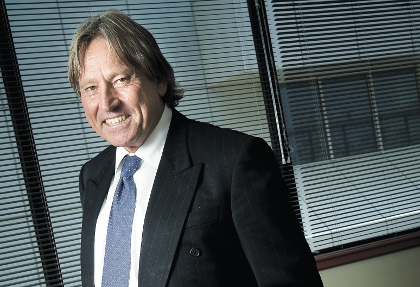 Terry Streeter’s Fox Resources has entered an agreement to purchase a series of coal tenements in Queensland for $2.5 million in cash and shares.

The company announced today it had executed a binding terms sheet to give it the option acquire 17 coal exploration permits in the Syx, Bowen, Maryborough and Gallilee basins, covering more than 10,000 square kilometres.

Fox Resources shares jumped 14.5 per cent on the ASX today, to finish trading at 6.3 cents.

The tenements were previously held by Currawong Coal, a joint venture of XLX Exploration, Cliffs Natural Resources and Conarco Minerals.

Fox Resources chief executive Bruce Garlick said the assets were attractive for a number of reasons.

“They are adjacent to an abundance of high quality coal deposits, with historical data indicating a presence of coal or potential to leverage off exploration work conducted previously,” Mr Garlick said in a statement.

“In addition, the tenements have good access to rail and port infrastructure.”

Fox said it would now conduct due diligence to determine whether to exercise the option before December 21.

If it decides to go ahead with the acquisition, Fox will pay $1 million in cash and $725,000 in shares following exercise of the option, with a further $725,000 payable if JORC compliant coking ore thermal coal resources are identified within five years.